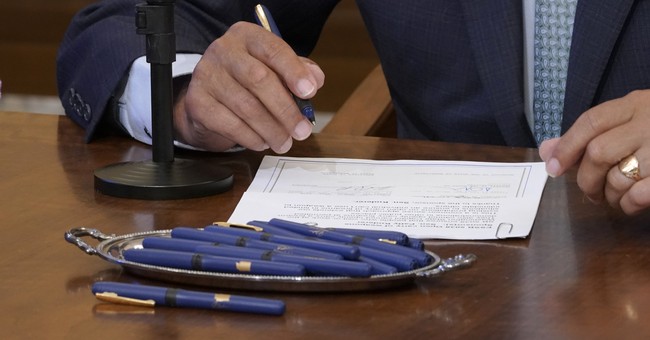 The law will go into effect July 1 and will bar educators from teaching their students that people of certain races and sexes are "inherently privileged, racist, sexist, or oppressive."

Schools that violate this law will suffer withheld funding.

The Tennessee American Civil Liberties Union voiced its opposition to the new law in a statement, saying that systemic racism should be taught in schools.

With the stroke of a pen, the governor has silenced constructive dialogue that would educate individuals on the discrimination and systemic barriers that people of color still face in this country — including long-term inequalities in educational outcomes, incarceration rates, economic advancement and health outcomes — as well as ways we can move forward together.

The governor said that he signed the bill Monday because he does not think kids should be taught material that is divisive. He told the Associated Press that he favors subject matter about how people of different backgrounds can live together.

We need to make sure that our kids recognize that this country is moving toward a more perfect union, that we should teach the exceptionalism of our nation and how people can live together and work together to make a greater nation, and to not teach things that inherently divide or pit either Americans against Americans or people groups against people groups.

The law does not prevent discussions surrounding controversial parts of history from occurring, according to the AP. Teachers are permitted to express their thoughts when discussing certain historical figures or groups, or when they are answering a student's question.

Other states that have banned critical race theory in schools include Arkansas, Idaho and Oklahoma.