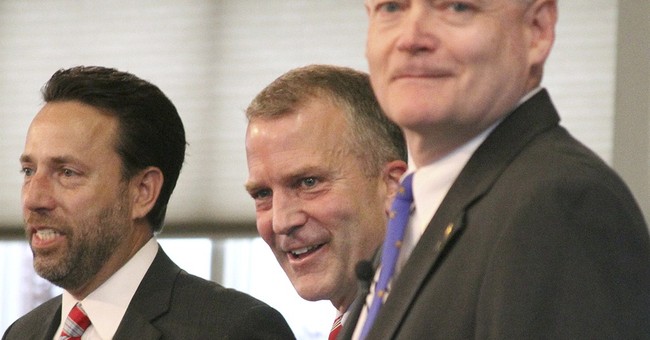 The feud between Democrats and Republicans in Alaska's heated Senate race has potential make-it-or-break it consequences in the fight to control the Senate.

Nearly $4 million in attack ads mudslinging GOP front-runner Dan Sullivan have been spent by supporters of Democratic Sen. Mark Begich, a ploy Republicans call "meddling" the Republican primary for an easier win in the general election.

The Begich campaign and their supporters deny these claims, as Sullivan and his allies fire back with ads calling out Sen. Begich and his coercive tactics to beat Sullivan in November.

Recent polls show that Sullivan is in the lead against opponents Lt. Governor Mead Treadwell and Joe Miller. Art Hackney, an Alaska Republican operative who has been running a pro-Sullivan super PAC, told Politico that these attacks could have an impact on Tuesday's primary:

“They’re trying simply to make sure Dan Sullivan is damaged goods,” said Hackney. “They’ve put a lot of money behind it, and, frankly, they’ve turned it into a primary that’s possible to go almost any way."