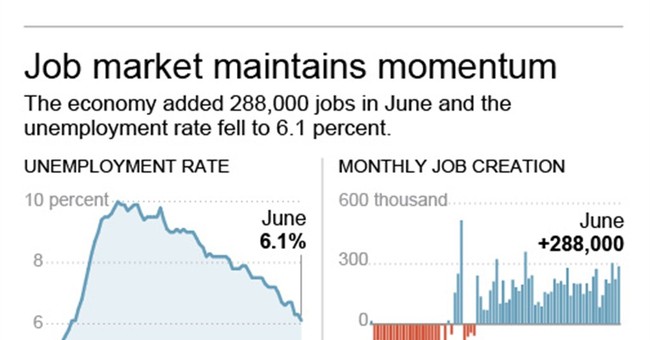 It's not exactly a landmark finding, as other studies have shown the same thing, but a new report from the Federal Reserve Bank of St. Louis has provided another datapoint: extended unemployment benefits tend to actually increase unemployment relative to the baseline.

The authors of the report, Maria Canon and Yang Liu, write:

In summary, we find that the extension of unemployment benefits affected the labor market status of long-term unemployed workers in late 2013. Without extended UI benefits, these unemployed workers would have been more likely to be employed, more likely to exit the labor force, and on average 1.9 percent less likely to remain unemployed in the following period. In short, our simulated early termination of the EUC program lowered the unemployment rate by 3 to 5 basis points, suggesting that the December 2013 expiration of the EUC program might have slightly lowered the unemployment rate in early 2014.

Beth Baumann
The One Thing Riots Across the U.S. Have In Common – and It's Not Black Lives Matter
Beth Baumann
Minnesota Gov Is About to Eat His Words on Who Is Really Causing Chaos in the Minneapolis Riots
Matt Vespa
Total Anarchy: Rioters Wreak Havoc in Philadelphia
Bronson Stocking
CARTOONS | Michael Ramirez
View Cartoon
Most Popular