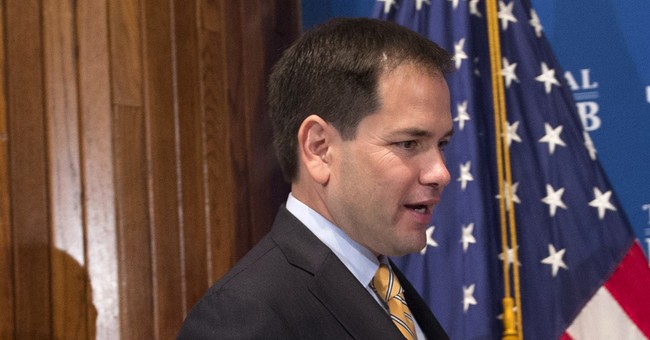 Sen. Rubio gave a speech at the National Press Club addressing some of America's retirement policies and the problems we're facing in a future where a much larger percentage of the population are retirees.

Charles Blahaus, a trustee for Social Security and Medicare, wrote about this at Economics21:

Perhaps the most significant policy element in the Rubio speech was his embrace of specific reforms to stabilize Social Security’s finances. Social Security is the single largest federal program; it also faces the greatest financing shortfall of all federal trust funds including Medicare’s. Reforms to maintain Social Security solvency would improve the federal fiscal outlook dramatically as well as strengthen the foundation of most Americans’ retirement security.

Senator Rubio embraced reforms that include progressive growth of Social Security’s benefit formula and a gradual increase in future eligibility ages. These concepts receive wide enough support from Social Security experts that they are likely to be included in any bipartisan Social Security solution.

It is a measure of the public education challenge facing reformers that some bloggers and reporters thereafter questioned whether Senator Rubio’s proposals would actually shore up Social Security finances, even though there are many publicly-available analyses demonstrating that they would. The SSA chief actuary found that one version of progressive indexing would by itself eliminate over half of the program’s actuarial imbalance as well as 89 percent of its annual shortfalls over the long term. Combining this with a gradual increase in Social Security eligibility ages as the Senator proposed would be more than sufficient to maintain Social Security solvency and allow for his other proposal of payroll tax relief for working seniors.

Though the fervor for Social Security reform has mostly died down, it remains an issue that's more pressing every day. More and more Americans are retiring, and the federal government has committed an unsustainable amount of money to our retirement policies - including Social Security. Reform is absolutely necessary, and it would be a good thing for Marco Rubio to make this a little more prominent in Americans' minds.