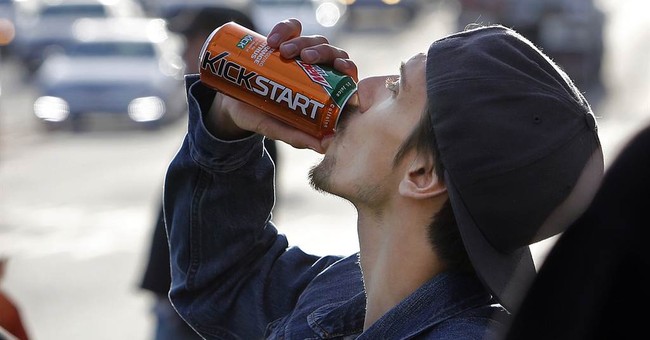 Johannes Schmidt at the Tax Foundation points to new legislation introduced in Illinois that would amount to a "penny-per-ounce" tax on soda:

Earlier this month, Illinois Representative Robyn Gabel (D-18th District) and Senator Mattie Hunter (D-3rd District introduced a bill (HB 5690 and SB 3524) that would add a ‘penny-per-ounce’ excise tax to sugary beverages in hopes to battle obesity across the state. Similar legislation was proposed in 2011 but was shot down by legislators...

While it is clear that the intentions of the bill are good, evidence shows that a soda tax would impact a large swath of people and target the poor without even achieving its stated goals.

The stated goals of sin taxes like these are twofold: to increase public health and to raise revenue. These goals are in opposition: if sin taxes work at reducing unhealthy behavior, much less money is raised than intended. And if sin taxes don't work, then all they are is revenue-raising tax.

Soda taxes, as Schmidt points out, manage to fail on both accounts. Generally they reduce consumption of soda, lowering the amount of revenue raised, but soda consumption is often fully offset with consumption of other high-calorie drinks. Soda taxes don't measurably improve health outcomes, they don't raise as much money, and the tax money they do raise tends to come disproportionately from low-income households.

A 2012 study from Brian Wansink et al. found that households tend to react initially to tax changes on soft drinks but that behavior adjusts over time, finding:

And a 2009 study from Jason Fletcher, David Frisvold, and Nathan Tefft found that whatever small decreases in full-calorie soda consumption is fully offset by increases in other high-calorie beverages:

Is it rare that public policy fails by every proposed rationale? Perhaps, but sin taxes on soda absolutely qualify. They don't improve health, they don't raise very much revenue, and they're fully offset by calorie consumption in other areas - sometimes areas that are inarguably more harmful, like alcohol. The progressive response might be to levy harsh taxes on all non-water beverages. We've heard of the dangers of soda, diet soda, mass-market fruit juice, energy drinks...

Unfortunately, paternalists have a tendency to respond to the inefficacy of a policy with more extreme policy, rather than an admission that government is incapable of achieving some goals. Soda taxes don't work, but that's not going to stop paternalists.