Obama Speech: "Inequality" Out, "Opportunity" In, But Policy Unchanged 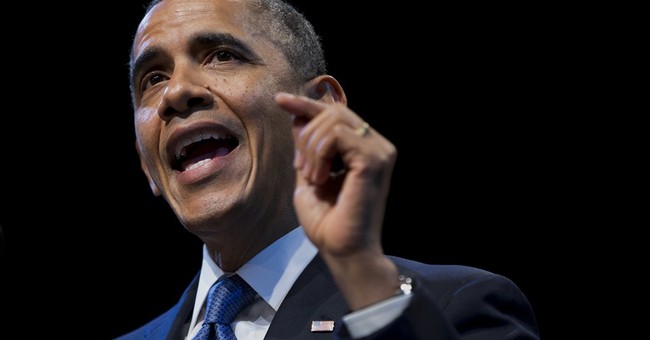 President Obama will deliver his State of the Union speech on Tuesday, but it's unlikely we're going to hear anything new out of the President. He'll emphasize that "the rich" have too much power and will advocate for equality of outcomes while emphasizing that all he's pushing is "opportunity."

We'll hear the same thing as last year on early childhood education - something that has high costs but little measured benefits - and an increase in the minimum wage that will push marginal workers into unemployment lines. There will also be a warmed-over push for immigration reform. From the Associated Press preview:

Struggling to generate second-term momentum, President Barack Obama will confront a politically divided Congress with a demand to expand economic opportunity in America, asserting in his State of the Union address Tuesday that he will take action on his own if lawmakers fail to help shrink the income gap between the rich and the poor.

Increasing the minimum wage and expanding early childhood education programs are both seen by the White House as ways to increase economic opportunity for low- and middle-income Americans. The initiatives stalled after Obama first announced them in last year's State of the Union address, but aides say they see glimmers of hope for progress this year, particularly on minimum wage. Obama has previously backed raising the federal minimum wage from its current $7.25 an hour to $10.10.

So there you have it. Anything sound new in there?