Obama Admin Says 500,000 Americans With Canceled Plans Are Without Insurance 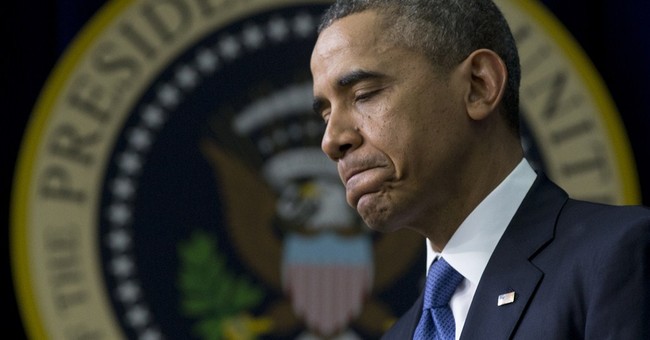 With four days to go before the deadline to obtain insurance that would begin on January 1, the Obama Administration estimated that nearly half a million Americans whose coverage was canceled due to the new Obamacare mandates are still without insurance:

Less than a half million people whose health insurance was canceled under President Barack Obama's new law have not yet found other coverage, the administration said Thursday.

However, officials said that figure could shrink in the coming days. Americans have until Dec. 23 to purchase insurance and ensure they have no gap in coverage if their current plans are among those that will be canceled at the end of the month.

The cancellations have become a nagging problem for the White House, compounding the widespread technology failures that marred the rollout of the nation's health care law.

That would be a travesty in and of itself, but the White House is likely severely underestimating that number. Only 300,000 Americans total, both previously-uninsured and those with canceled plans, have signed up for the Obamacare exchanges. Considering 800,000 people with insurance plans lost them in New Jersey alone, the Obama Administration seems to be trying to spin away some damage. Some estimates put the total number of canceled plans at 5 million nationwide - far short of total exchange signups.

The Obama Administration is admitting that hundreds of thousands of Americans whose plans they took away have not obtained insurance again. That would be bad enough, but it's likely the real number is much, much higher than that.