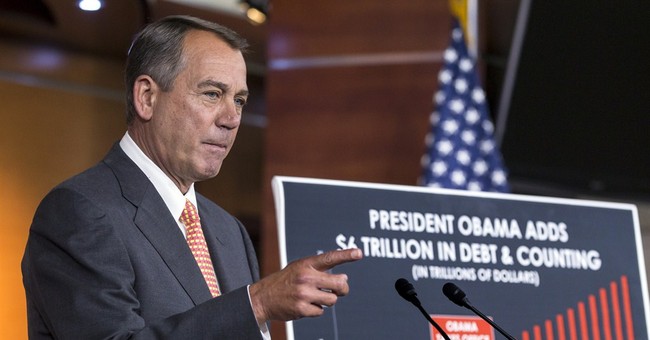 The defund-or-delay fight in Congress has been putting John Boehner's leadership to the test. For a long time there have been murmurs about an unruly GOP caucus. They bubble to the surface in some of the most trying times - and these curren budget discussions are no different.

As the New York Times reports:

“It only takes one with passion — look at Rosa Parks, Lech Walesa, Martin Luther King,” said Representative Ted Yoho of Florida, one of the rank-and-file House Republicans who have risen up to challenge their party’s leadership over whether to confront the Senate and President Obama with their demands to cut off funding for the president’s health care law. “People with passion that speak up, they’ll have people follow them because they believe the same way, and smart leadership listens to that.”

Representative Justin Amash of Michigan, a libertarian-leaning sophomore Republican, led the revolt against the National Security Agency’s domestic surveillance programs, which Mr. Boehner had strongly endorsed. Representative Scott Rigell, Republican of Virginia, complicated his leadership’s support for the use of force in Syria when he drafted a letter demanding that the president first consult Congress.

And on the current fiscal fight over financing the government, it was Representative Tom Graves, Republican of Georgia, who amassed 80 House supporters, enough to force his party’s leadership to tie the money needed to keep the government running after the end of this month to defunding the president’s signature health care law. Representative Thomas Massie, a freshman Republican from Kentucky elected with the help of Ron Paul supporters, had the temerity last week to question his leadership’s initial proposal, calling it a “hocus-pocus” gimmick that would have allowed the Senate to easily strip out the language defunding the president’s health care plan before sending Mr. Obama a clean financing bill.

Maverick Republicans have taken on the leadership on other issues as well. In January, Representative Tim Huelskamp, Republican of Kansas, helped lead a failed attempt to remove Mr. Boehner as speaker, and Representative Steve King, Republican of Iowa, became an outspoken critic of any attempt to overhaul immigration laws — a priority for Mr. Boehner. Even the farm bill, with decades of bipartisan camaraderie behind it, fell to an emboldened Tea Party wing, this time led by Representative Marlin Stutzman, an Indiana Republican who demanded that the broad agriculture measure be stripped of its food-stamp provision, which has been part of the law since 1973.

The whole thing is worth a read. Boehner's ability to keep his diverse caucus together through difficult negotiations is amazing, and has attracted the admiration of such liberals as The New Republic's Noam Scheiber, who calls John Boehner's time as Speaker "a raging success," even if his piece is incredibly unfair to the politician. (It's also a must-read.)

Boehner's ability to stay as Speaker speaks to his incredibly acute political sense. His tenure as Speaker depends on it.