Cost of Syria Operation Could Skyrocket Past Obama Estimates 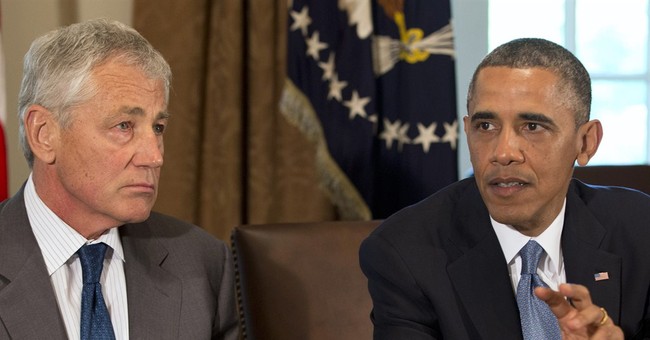 Secretary of Defense Chuck Hagel told Congress yesterday that the Obama Administration's hypothetical strike against Syria could cost "tens of millions." The reality might be much, much more than that.


An Associated Press analysis shows the staggering cost of every stage of an attack on Syria:

It is not uncommon for U.S. forces to open an assault by launching scores of Tomahawk missiles costing over $1 million apiece and dropping bombs from radar-evading B-2 planes that fly 18 hours each way from their base at a cost of $60,000 an hour.

"I was surprised when I heard him (Hagel) say tens of millions of dollars. That's low-balling it," said Todd Harrison, a defense budget analyst at the Center for Strategic and Budgetary Assessments.

The U.S. Navy fired 221 Tomahawks in operations against Libyan leader Muammar Gaddafi in 2011, nearly half of them - 110 - in an opening salvo against 22 Libyan military targets, including air defenses, communications and command structures.

If U.S. forces used a similar number of missiles to hit Syrian targets related to chemical weapons use by President Bashar al-Assad's forces, the cost would top $100 million.

[Admiral Jonathan] Greenert said it costs about $25 million a week for a carrier strike group in routine operations. If the carrier was used in military operations, the cost would rise to $40 million a week as a result of longer flight hours for its planes.

The actual cost of the war wouldn't be reflected on the U.S. budget sheet until fiscal year 2014, when the Pentagon will likely submit a supplemental funding request to Congress.