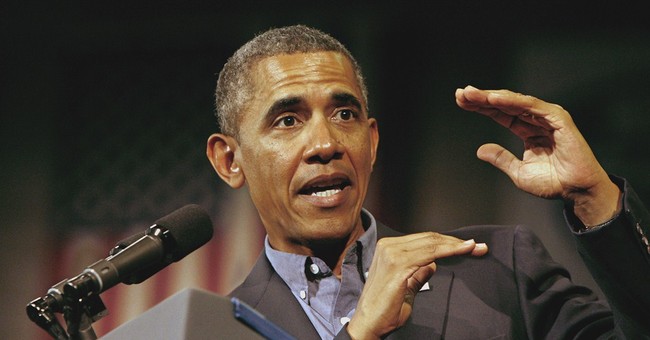 President Obama has gone on a college-affordability blitz over the last week, preaching to choirs of students that his new proposals will make college cheaper and easier to pay for. Whether this is the beginning of a serious White House push or a sojourn into upstate New York during sleepy August recess has yet to be seen, but one thing is clear: President Obama's proposals as they stand don't deserve a passing grade.

The college tour gained a particularly bad review from Richard Vedder of the American Enterprise Institute, who wrote for Bloomberg:

The president’s proposal has one very bad idea: a forgiveness boon for those paying off loans right now. The proposal, limiting loan payments to 10 percent of income, potentially relieves millions of students from repaying part of their obligation. So why not major in fields the economy values least -- anthropology or drama instead of engineering or math -- if you don’t have to worry about earning enough to pay off your student loans over a certain period?

The idea simply raises incentives for future students to borrow more money, if they know their obligation to pay it back is capped. That, in turn, allows colleges to keep raising costs.

Obama proposes to ignore or worsen the root cause of much of the explosion in student costs: the federal financial assistance programs that encourage schools to raise costs and that haven’t achieved their goals of providing college access to low-income Americans.

Much progressive ideology in the Obama era attempts to hand-wave away the role that federal money plays in inflating the cost of much in life, from college to health care. Try as they might, though, the fact is that so much federal money flowing into an industry will help to artificially inflate prices. This is very true for college, as Vedder highlights.

Vedder says that "some of what [Obama] proposes is good in principle," which is true of many Obama policies. But the problem is that President Obama ignores the role of the federal government in the college cost explosion. He unfortunately proposes to make that particular problem worse.