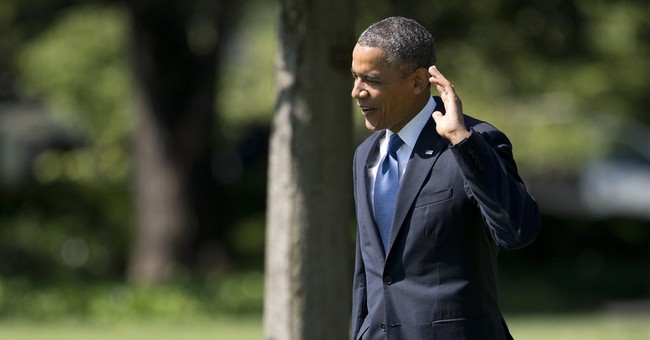 The Congressional Budget Office updated its projections for the costs of Obamacare in the wake of the Obama Administration's announcement that they would seek to delay both the employer mandate and verification requirements for the state-based insurance exchanges. A mere one-year delay in these Obamacare policies is expected to cost $12 billion. This is a result of losing "mandate penalty taxes" from employers and from increased government subsidies for Americans seeking health insurance from the exchanges:

The largest change is a $10 billion reduction in penalty payments by employers that would have been collected in 2015. (Penalties assessed for 2014 would have been collected in 2015.) Costs for exchange subsidies are expected to increase by $3 billion. Other small changes, including an increase in taxable compensation resulting from fewer people enrolling in employment-based coverage, will offset those increases by about $1 billion, CBO and JCT estimate.

Interestingly, the CBO doesn't think that there will be all that much "cheating" to get around the exchanges' income verification requirements. "The temporary loosening of verification procedures," they write, "is estimated to have only a small effect."

The Obama Administration's inability to get Obamacare working properly is also expected to result in fewer people obtaining insurance coverage. The CBO projects that 1 million fewer people will have insurance through their employers in 2014, but many of those will get insurance through the government-subsidized health insurance exchanges. In total, "fewer than half a million people are expected to be uninsured in 2014 than the number projected in the May baseline."