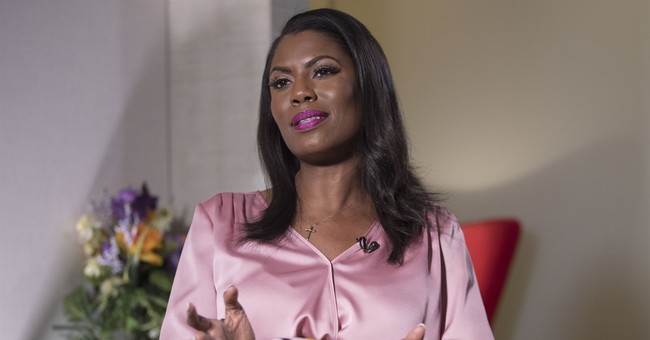 During Tuesday’s White House press briefing, Press Secretary Sarah Sanders received an overwhelming number of questions on Omarosa Manigault-Newman, and the majority of these questions came from reporters at liberal leaning outlets.

The briefing began with officials from the DOD informing reporters on U.S. efforts to identify missing U.S. soldiers' remains from the Korean War. It was part of a gesture which followed the June 12 Singapore Summit. But, the press room wasn't very interested.

“Specifically, the breakdown was 39 Omarosa questions by 11 reporters to 10 questions for everything else from seven journalists (Afghanistan, Chinese influence in South America, ISIS, the Mueller probe, and Turkey),” reported NewsBusters.

ABC’s John Karl started the Omarosa trend asking: “Sarah, we’ve heard from the president via Twitter on Omarosa, describing as ‘crazed,’ ‘a crying low life,’ a ‘dog.’ Is this a way for the president to talk about any American, let alone somebody that he hired and made the highest-ranking African-American woman to serve in his White House.” Karl followed that with two more questions on Omarosa. Reuters, AP and Politico’s reporters followed Karl’s lead with Steve Holland, Jill Colvin and Annie Karni, respectively each asked two questions on Omarosa.

John Gizzi of Newsmax brought the line of questioning back to the topic at hand asking Sanders about Turkey; two other reporters from conservative leaning publications followed Gizzi’s lead.  The Daily Caller’s Saagar Entjeti asked about the Mueller investigation and Dave Boyer from the Washington Times asked about the tense situation in Afghanistan where the Taliban is mounting a surprise offensive.

The questioning went off the rails again with NBC’s Kristen Welker asking six questions about Omarosa and the president’s rumored use of the n-word.

The only reporter from a liberal leaning outlet who strayed from the Omarosa trend was Justin Sink from Bloomberg, who asked four questions about the tensions with Turkey.

Steve Herman from Voice of America asked a question about the DOD’s inspector general report on ISIS.

According to MRC data, Omarosa coverage has totaled 124 minutes on mainstream media outlets.