Democratic Senator Called Out The Use Of The Phrase 'Identity Politics' 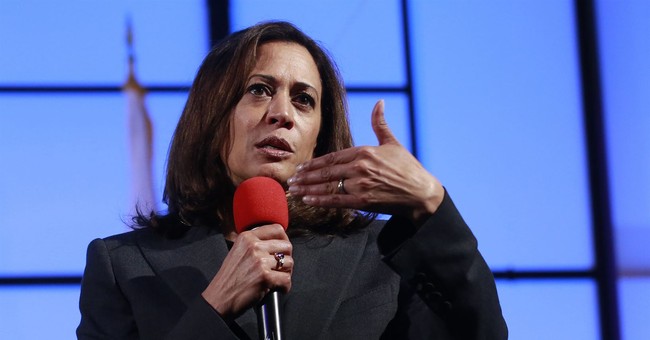 During a speech last Friday at Netroots Nation, Sen. Kamala Harris (D.-Calif) called out the phrase “identity politics and it’s use by the Democratic Party, for the division that it creates.

The phrase ‘identity politics’ is a pejorative meant to minimize and marginalize issues that "define our identities as Americans," said Sen. Harris during her speech on Friday as reported by Conor Beck of the Washington Free Beacon.

She later tweeted a video clip from her speech and included a quote.

Senator Harris is one of the Democratic Party's top presidential prospects for the 2020 election cycle, reported Politico.

"I have a problem, guys, with that phrase, ‘identity politics,'...."Because let’s be clear, when people say that, it’s a pejorative. That phrase is used to divide, and it is used to distract. Its purpose is to minimize and marginalize issues that impact all of us. It is used to try and shut us up," said Harris.

The phrase "identity politics" is used when discussing issues concerning race, gender, sexual orientation and civil rights issues. "And yes, we are talking about those issues and we won't be shut up and we won't be silenced!" the senator said.

Sen. Harris's final tweet on the matter expounded on her earlier sentiments and and quoted a Politico article on the matter.

"These issues they are trying to diminish and demean are the very issues that will define our identity as Americans," said Senator Harris.