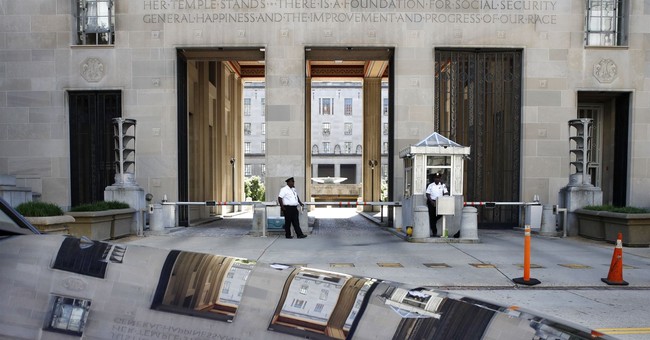 Sexual harassment in housing is a violation of civil rights and DOJ and HUD have come together to release a PSA addressing the issue.

“The Department developed a 60-second video featuring three women who were injured parties in sexual harassment lawsuits brought by the Department under the Fair Housing Act,” according to a press release put out by the DOJ on Monday. The DOJ enlisted the help of willing victims who have shared their stories to help convey the message that sexual harassment in housing is a violation of civil rights.

The PSA that was put together jointly by the DOJ and HUD is a 60-second video featuring three women who have been victims of sexual harassment. "Before I knew it I heard his belt buckle rattling," said one woman in the PSA video. "It was like, you either do this or you're on the streets," said another woman.

In October of 2017, the DOJ launched an initiative to combat sexual harassment in housing. The PSA debuted for the first time Monday morning on the Hill TV’s ‘Rising’.

The PSA was followed by an in-depth interview with one of the women featured in the PSA announcement. Multiple women have been forced into situations where they faced eviction if they refused to have sex with their landlords. “Another victim, Temika, experienced a landlord who subjected her to unwanted sexual advances and comments, including exposing himself to her while inside her unit, causing her to scream, ‘Get out!’ and run out of the unit,” according to the press release.

"‘He was like, well, if you don't sleep with me then the sheriffs will be putting you out on Monday,’" Autumn Weaver, who was sexually harassed while living in public housing in Kansas City, Kan., according to a report by the Hill.

While this issue has been reported on by both the Hill and The Washington Times, it is an important issue which has been brought to light but is at risk swept under the rug in the 24-hr news cycle as the world focuses on President Trump’s latest tweet and the upcoming Paul Manafort hearing.

It is easy for landlords to prey on these women and manipulate them for sex as many of these women who are victims live alone or live separately from their boyfriend/finance/husband. Some of these women even have children for which they must provide-they are most at risk.