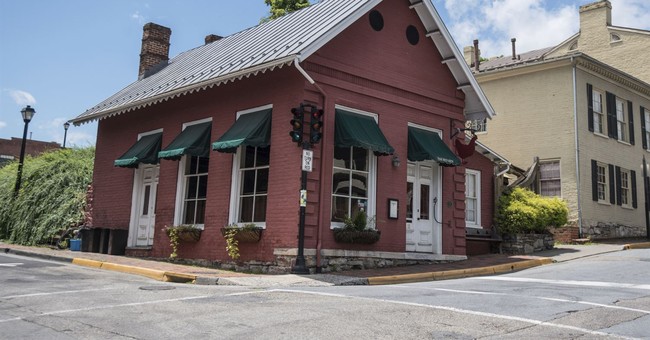 The owner of the Red Hen restaurant that asked White House Press Secretary Sarah Sanders to leave last Friday because she worked for President Trump, has resigned from a local business organization, and the restaurant will remain closed until next week.

'The Red Hen' restaurant that kicked out @PressSec Sarah Sanders on Friday will remain closed until next week, and the owner has resigned from a local business organization. @dougmckelway reports. #SpecialReport https://t.co/BByZS6we0d pic.twitter.com/AosxIUacFF

Bigotry. On the menu at Red Hen Restaurant in Lexington VA. Or you can ask for the “Hate Plate”. And appetizers are “small plates for small minds” https://t.co/rHEVdcQwwh

Huckabee also appeared on "The Intelligence Report" with Trish Regan on Fox Business, telling the host that the owner of the establishment continued to follow and harass Sanders’ party even after they left the restaurant.

“I was talking earlier about how both sides are so distant from each other right now…This has always been a free place where you are welcome to think and say as you please. This is freedom of speech and freedom of thought. And to me, we should welcome that diversity of thought, we should welcome a diversity in thinking when it comes to policy. But instead, one side wants to shut down the other,” Regan said when she opened her show.

Regan asked Huckabee first to offer his perspective as a dad.

“It’s an incredible thing when people in the name of their liberty want to deny someone else theirs...if you’re in the hospitality business, your number one goal is to be hospitable. The owner of that restaurant was not hospitable,” Huckabee said.

"In fact, a little known part of this story, is that after Sarah and her husband left and the family relocated to a restaurant across the street, the owner of the Red Hen then organized an effort to go and scream at them from the sidewalk at the other restaurant,” Huckabee continued.

Regan closed the segment with the following, “Just lastly before I go governor, because I know, she’s still your little girl, and you’re her dad, do you worry about her?”

“I do, for the first time I worry, because of things that Maxine Waters says. I worry because there are people on other networks who say that anyone who supports President Trump is a Nazi, or a racist, that’s absurd. And frankly, it’s denigrating, to the people who actually went through the holocaust," Huckabee responded.

Co-owner of the Red Hen Stephanie Wilkerson reportedly told The Washington Post“…that she felt compelled to take a stand, citing what she called the Trump White House’s ‘inhumane and unethical’ actions.”

Kipps Restaurant in S Wales NY looks like my kind of place! pic.twitter.com/BM1p2O2yjH