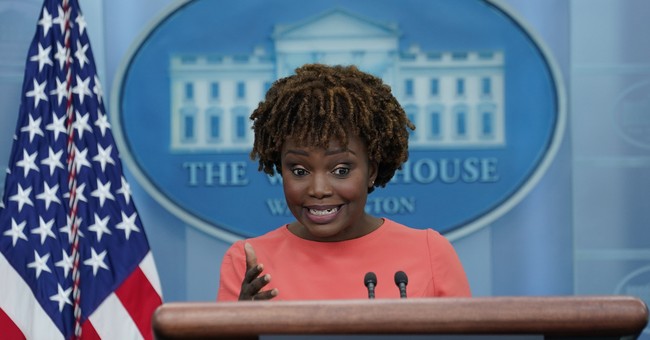 A reporter asks what emergency has prompted Joe Biden to invoke the Defense Production Act to build solar panels.

KJP: "The president, when he takes the Defense Production Act, it's to make sure that he's delivering for the American people." pic.twitter.com/2VvkU9Cr9c

Jean-Pierre justified Biden's use of the DPA by falsely claiming there is a current electricity shortage that solar panels can help alleviate.

KJP: The emergency that allows Biden to invoke authority under the Tariff Act is "a threat to the availability of sufficient electricity generation capacity to meet expected customer demand." pic.twitter.com/jEULGQQCIy

Jean-Pierre was also asked about the benefit of the move to the Chinese Communist Party.

.@JacquiHeinrich: "On solar panels, how is this not a gift to Chinese solar manufacturers, many of whom operate with forced labor and are subsidized by the Chinese Communist Party?"

KJP: This "is about one country and one country alone, and it's about the United States." pic.twitter.com/PMU8ChaaqO

Given the DPA is reserved for times of war and true emergencies, Jean-Pierre's explanation shows Biden is using the extreme measure to push the left's climate change agenda and forced transition away from oil and gas.