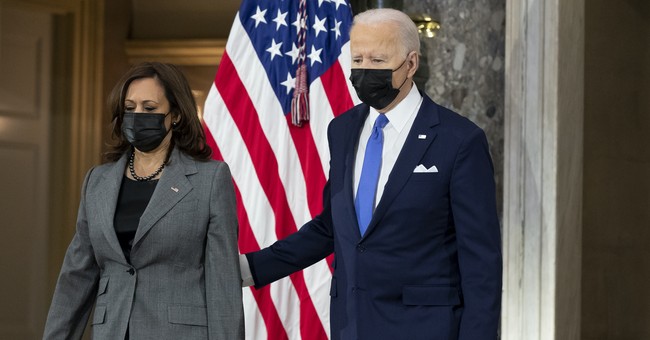 BIDEN: "I've made no decision except one...that person will be the first black woman ever nominated to the United States Supreme Court." pic.twitter.com/zmZCsz9EEA

Biden also announced that Vice President Kamala Harris will be advising him on the selection process for a nominee, putting to rest speculation Harris would be chosen to fill the vacancy.

Biden says that Kamala Harris, "an exceptional lawyer," will advise him in the decision on who to nominate to the Supreme Court. pic.twitter.com/feRJhehKNk

Biden said he plans to be diligent in his search and will announce a nominee by the end of February. Senate Majority Leader Chuck Schumer is standing by and plans to make the confirmation as swift as possible.

“President Biden’s nominee will receive a prompt hearing in the Senate Judiciary Committee, & will be considered & confirmed by the full United States Senate with all deliberate speed,” Schumer announced Wednesday.

New -- Schumer is looking at a quick timeframe to confirm Biden's nominee to the court -- and he will follow a similar timeline that Republicans employed to confirm Amy Coney Barrett to the court in 2020, per a source familiar with this thinking.

After reportedly being upset the news of his retirement leaked yesterday, Justice Breyer was in good spirits and gave brief remarks after Biden's announcement.

Stephen Breyer says the U.S. is "an experiment that's still going on," based on its Constitution and founding principles

"My grandchildren and their children, they'll determine whether the experiment still works. And of course, I am an optimist, and I'm pretty sure it will." pic.twitter.com/Bm0qNqQ6wy