Psaki Pressed on Why Americans Should Do What NATO Won't 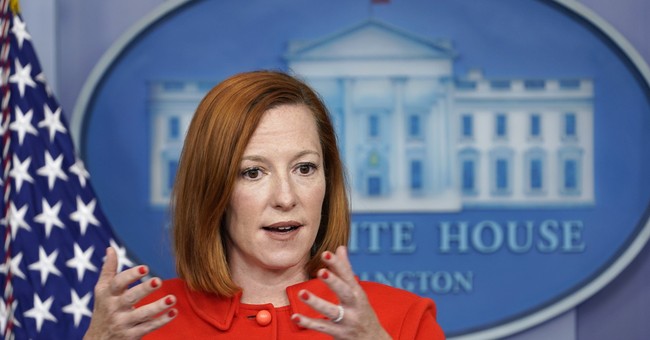 On Monday afternoon the Pentagon confirmed 8500 U.S. troops are on standby for deployment to Eastern Europe as a last ditch effort to deter Russian President Vladimir Putin from invading Ukraine.

The Pentagon announced roughly 8,500 personnel were placed on "heightened alert" Monday in case NATO activates a response force or due to a "deteriorating security environment" in Europe. https://t.co/yRNnoBHdZx

During questioning from reporters at the White House shortly before the announcement, Press Secretary Jen Psaki was asked about the credibility of the NATO alliance as many European countries continue their failure to make good on commitments.

REPORTER: "If Europeans aren't willing to expend blood and treasure on their self defense, why should Americans be expected to do so?" pic.twitter.com/PzExlD1hxu

During his tenure, President Donald Trump consistently pressed NATO countries to live up to their committments and allocate required funds toward the alliance. He did so to deter Russian aggression and to make the alliance stronger.

It is not neutral- it is *dangerous* for the US to have weak allies in NATO that ignore the countries most at risk like the Balts and Poland. A strong NATO? Yes, a very good and instrumental alliance that serves US interests. This is something the last admin understood. https://t.co/U8x8z3Bh6e

Some of the people who screamed that Donald Trump was too tough are now wondering why our allies aren’t paying their obligations or doing more. https://t.co/zP5ML9guHi