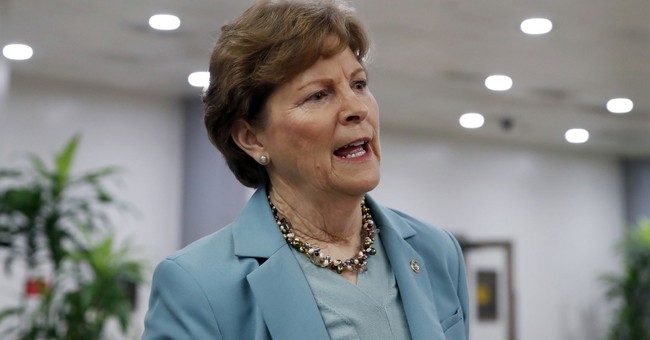 Ahead of the Supreme Court's landmark decision and oral arguments in Dobbs v. Jackson Women's Health Organization Wednesday, which could effectively overturn Roe v. Wade, Democratic Senator Jeanne Shaheen is warning Justices there will be "a revolution" if they don't make the "correct" ruling.

.@SenatorShaheen on new abortion restrictions going into effect in N.H. & the upcoming Dobbs v. Jackson Women's Health Organization case: "I think if you want to see a revolution, go ahead, outlaw Roe v. Wade and see what the response is..." #NHPolitics #WMUR pic.twitter.com/O7weoVuOSk

Sen. Shaheen is the latest member to issue a warning to the justices that they risk "revolution" if they rule against Roe v. Wade. https://t.co/i92GZlfgqE Such veiled threats are meant to influence how justices interpret the Constitution...https://t.co/d4OnVktK4N

This isn't the first time Democrats have gone after Supreme Court Justices. In March 2020, Majority Leader Chuck Schumer warned Justices Brett Kavanaugh and Neil Gorsuch "unleashed a whirlwind" and that they would "pay the price."

Schumer: “I want to tell you Justice Kavanaugh and Justice Gorsuch: You have unleashed a whirlwind, and you will pay the price.”

Schumer made the statement as Kavanaugh and Gorsuch heard their first abortion case on the bench, which was about a law in Louisiana that requires abortion doctors to have admitting privileges to local hospitals.