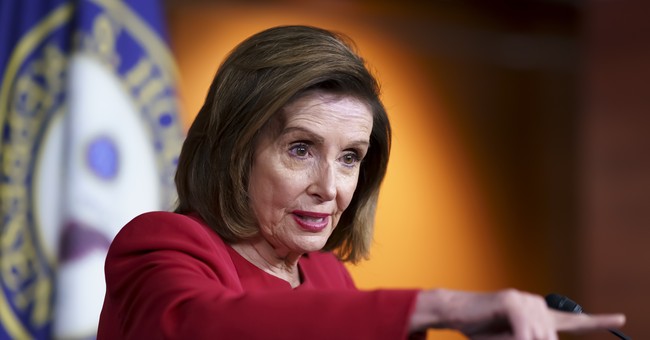 House Democrats, led by Speaker Nancy Pelosi, are pushing for a vote on President Joe Biden's $1.75 trillion spending bill Friday afternoon. The true and longterm cost of the bill isn't known and hasn't been scored by the Congressional Budget Office.

Moderate House Democrats are asking for a CBO score before a vote. The far-left in the Democrat caucus are pushing for a vote today.

Hakeem Jeffries heads into meeting with Pelosi as more Ds enter and they try to sort out demands from moderates who want CBO score before vote. Just asked him his view on having a score first. “As chairman of the caucus, it’s probably not best for me to express my personal view.”

CBO score remains the last remaining hurdle to getting a vote today. Hoyer said there would not be a CBO score today.
“It could not be done today,” he said of a cost estimate. https://t.co/IRFlmhf6D4

Pelosi and the White House are in a rush to pass the legislation. A CBO score won't be done until after Thanksgiving.

As moderates demand estimate from CBO before a vote on $1.9T bill, House Budget Chairman John Yarmuth told me expects a full CBO score would take about 10-14 days, and wouldn’t be done until the week before Thanksgiving. Some think it could slip until the week of Thanksgiving.

If Democrats who want a CBO score hold the line, the vote won't take place today.

Pelosi makes no mention in her letter about timing of floor vote on the rule and the bill, which means they still don’t have the votes locked down. She circulates a WH analysis about the bill’s projection to cut the deficit. https://t.co/h75DOsqsdi But CBO has not scored it yet