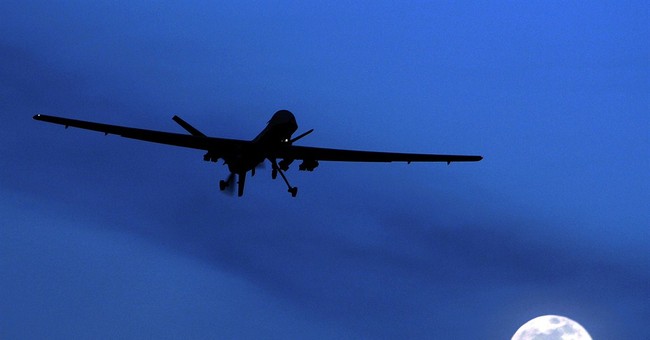 The Pentagon announced Friday night a drone strike was launched against an ISIS-Khorasan "planner" and an associate in eastern Afghanistan. The strike was in response to the terrorist group's suicide bombing outside of the Kabul airport Thursday, which killed 13 U.S. service members and wounded 20 more. More than 80 Afghans desperately trying to escape the Taliban were also killed.

"U.S. military forces conducted an over-the-horizon counterterrorism operation today against an ISIS-K planner. The unmanned airstrike occurred in the Nangahar Province of Afghanistan. Initial indications are that we killed the target. We know of no civilian casualties," U.S. Central Command released in a statement.

BREAKING: U.S. forces conducted a drone strike against an 'ISIS-K planner' in Nangahar Province in eastern Afghanistan. "Initial indications are that we killed the target," Pentagon says

A Centcom Reaper drone attack targeted the vehicle the ISIS-K planner traveled in, an official told us. The person was suspected of planning future attacks but wasn't linked to yesterday at the Abbey Gate

During remarks at the White House Thursday, President Joe Biden warned there would be retaliation for attacks on U.S. troops.