UPDATE: Speech at 5 pm; As U.S. Casualties Mount, Biden and Officials Are MIA 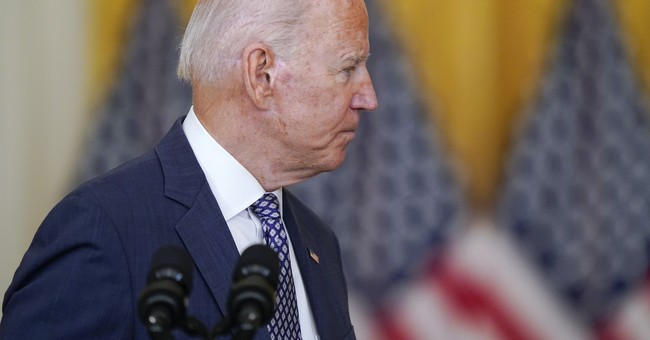 UPDATE: Biden will speak at 5 p.m. ET. Coverage of the Pentagon briefing can be found here.

At least 11 United States Marines and one Navy medic are dead after a number of suicide bombings outside of the Kabul airport Thursday.

The State Department has canceled their press briefing for the day. The briefing at the Pentagon has been delayed until 3 pm. The White House press briefing was scheduled for 12 p.m. ET, it has been postponed.

It's been five hours since the attacks occurred and the country has yet to hear from President Joe Biden. His schedule, which included a meeting with Israeli Prime Minister Naftali Bennett and governors, has been cleared. He's reportedly going over options in the Situation Room and Oval Office.

President Biden is in the White House Situation Room, I'm told, getting updates on the situation in Afghanistan, including the explosion near the Kabul airport that has caused many casualties.

The White House has repeatedly argued President Biden planned for every contingency and that any attack on Americans would be met with force. We still haven't seen a response.

"He asked yesterday for contingency plans, and he received a briefing on them this morning.  These are incredibly serious issues, and they're discussions that are happening internally," White House Press Secretary Jen Psaki said yesterday. "And I’d note that, in addition to the contingency plans that he requested, he also, I will reiterate, as we stated yesterday, that this is all contingent on us achieving our objectives and our, and the continued coordination with the Taliban."