Mazie Hirono Attempted to Debate Ted Cruz on Originalism. It Did Not Go Well. 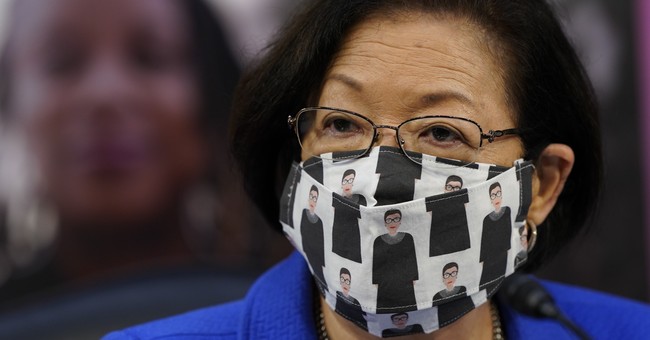 During a Senate Judiciary Committee on Capitol Hill Wednesday, Democrat Senator Mazie Hirono attempted to explain originalism to constitutional scholar and Republican Senator Ted Cruz. When she failed to make a coherent argument, Hirono accused Cruz of mansplaining. When asked to explain what Cruz was mansplaining or misconstruing, Hirono was rescued by her Democrat colleagues.

WATCH: Sen. Ted Cruz calls out Sen. Maize Hirono after she admits the Democrat opposition to originalism is purely results based.

The exchange was right on brand for Hirono.

1??Legal theory from Mazie
2??The lazy accusation of “mansplaining” when Cruz points out she said the quiet part out loud
3??The frantic gaveling and interjections from Democrats to stop Mazie from trying to defend herself with more word salad https://t.co/YYAGMIV9ot

Every now and then I forget that Mazie Hirono is the dumbest Senator on the planet and then she reminds me.

If it weren't for @tedlieu, Mazie Hirono would be the dumbest person on Capitol Hill. https://t.co/lf7ohjwP6V

In a body that has a very low bar, Mazie Hirono is certainly by FAR the most stupid Senator there is.