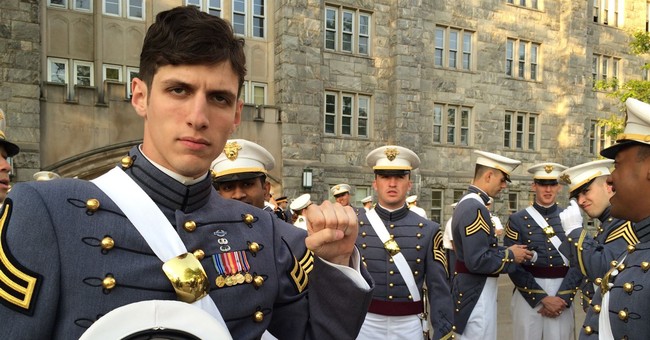 Republican Congressman Mike Waltz, a Green Beret who fought in Afghanistan, the Middle East and Africa, is continuing his efforts to eliminate Critical Race Theory from West Point's curriculum.

In another letter to West Point Superintendent Lieutenant General Darryl Williams, Waltz is asking a series of follow up questions after detailed documents and teachings of CRT were not sent for review.

"While I appreciate the substantive details you provided, I did not receive 'the full presentation of these seminars, presentations, assemblies, and other related curricula' that I have respectfully requested in my oversight capacity as a Member of Congress on the House Armed Services Committee. My request still stands," Waltz wrote.

On the battlefield, skin color doesn't matter. All that matters is merit & mission.

Critical Race Theory’s antithetical to the unity needed for service to our country & that's why I'm getting to the bottom of why it's being taught to our future leaders at our military academies. https://t.co/JIbMXWjmBM

"In a screenshot of a slide obtained by me, as described in my previous letter, the title 'Understanding Whiteness and White Rage' is depicted. This title is an incendiary overview that is by no means subtle, as are her highly politicized public statements. Why was a guest lecturer who characterized the former Commander-in-Chief as a 'white nationalist' and the Republican Party platform 'white nationalism' invited to teach cadets who should aspire to lead an a-political military? Was there a vetting process and review of her statements made on social media and in media prior to extending her an offer to teach Military Academy cadets?" he continued. "CRT is a theoretical framework, rooted in Marxism, that posits individuals as oppressed or oppressor based on their gender, race, or sexual orientation. These teachings posit Americans as the oppressed or an oppressor—a status from which you are freed only when all existing societal structures, which are inherently systemically racist, are torn down or overthrown. Not only are these teachings antithetical to unity, discipline, and order within the U.S. Army, they are incredibly disturbing given the monopoly on power our military can have over American society and for their implications towards the continued subordination of the military to civilian oversight."

Waltz introduced legislation last month to "prohibit the United States military and academies from promoting doctrines associated with CRT" and is working to include additional legislation that would "prohibit U.S. Military Academies from providing training and education based on CRT" in the National Defense Authorization Act.

Meanwhile Secretary of Defense Llyod testified on Capitol Hill Thursday about CRT and its use in the military.