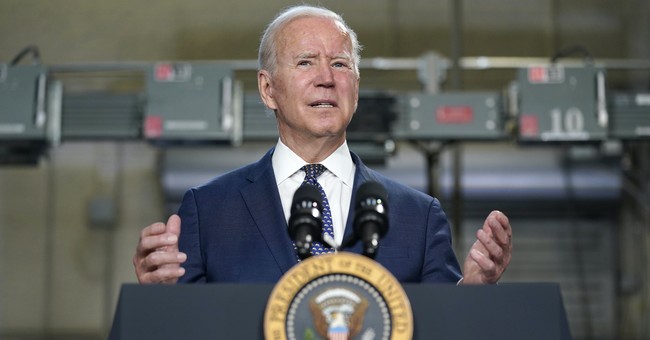 During the daily briefing at the White House Monday afternoon, Press Secretary Jen Psaki was asked about why President Joe Biden failed to commemorate the 77th anniversary of D-Day, which took place on Sunday.

"I can tell you that certainly the, his value for the role the men who served on D-Day and the memory of them, the families who have kept their memories alive over the course of years on this day is something the president has spoke to many times in the past. It's close to his heart and I wouldn't be surprised if there's more we would have to say about it," Psaki said.

Jen Psaki, when asked why President Biden did not commemorate the D-Day anniversary yesterday:

"I wouldn't be surprised if there's more we would have to say on it." pic.twitter.com/QDS9iqJhc9

.@PressSec defenses, assuming she is asked:

2. @FLOTUS and @KamalaHarris mentioned D-Day; they're the ones really running things (shhh!).

On the 77th anniversary of #DDay, we honor the heroes who stormed the beaches of Normandy and liberated a continent. We will never forget their courage and sacrifice.

Yesterday marked the 77th anniversary of D-Day, but you wouldn’t know it if you followed any of the White House or President Biden’s social media accounts. https://t.co/RTYgxlJtbd