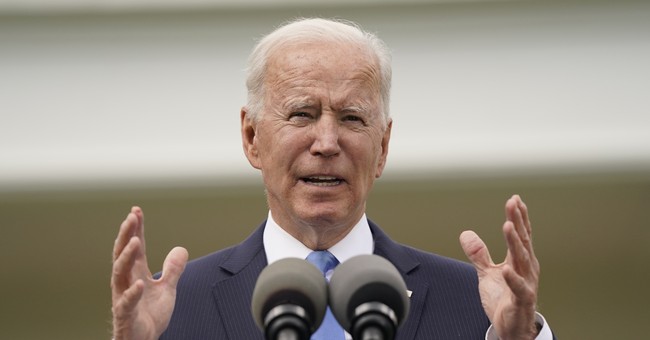 "Inflation accelerated at its fastest pace in more than 12 years for April as the U.S. economic recovery kicked into gear and energy prices jumped higher, the Labor Department reported Wednesday. The Consumer Price Index, which measures a basket of goods as well as energy and housing costs, rose 4.2% from a year ago, compared to the Dow Jones estimate for a 3.6% increase. The monthly gain was 0.8%, against the expected 0.2%," CNBC reported. "Excluding volatile food and energy prices, the core CPI increased 3% from the same period in 2020 and 0.9% on a monthly basis. The respective estimates were 2.3% and 0.3%."

Despite the grim and alarming forecast, the White House is moving forward with plans to spend trillions more on new social welfare programs and the Green New Deal.

Biden's Press Secretary Jen Psaki says that rising prices “has not changed our view” on big spending despite warnings from even liberal economists, such as Obama’s former economic advisor Larry Summers pic.twitter.com/Vkdls7Hn2K

But up on Capitol Hill, Biden's spending spree may hit a wall as Democrats put on the brakes.

Democrats are scrambling to figure out how they can get President Biden’s $4 trillion spending plan through Congress.

The two proposals are supposed to be Biden’s next big legislative achievement, but there are deep divisions among Senate Democrats about the scope and strategy: Centrists want at least part of the proposals to be bipartisan, while progressives want Biden to go even bigger.