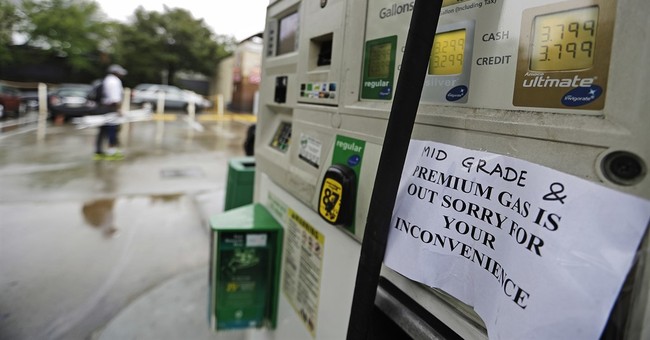 President Joe Biden gave an update on the restart of the Colonial Pipeline Thursday, but warned Americans finding full gas stations and getting back to normal won't be like "turning on a light switch."

.@POTUS on Colonial Pipeline: "Fuel is beginning to flow...They should be reaching full operational capacity as we speak...this is not like flicking on a light switch...we expect to see a region by region return to normalcy beginning this weekend." pic.twitter.com/25ySWVMuL3

According to the FBI, the cyberattack on the pipeline was not sanctioned by the Russian government.

Putin "was not. His government was not" involved in the ransomware attack on @Colpipe, according to @FBI report, says @POTUS. pic.twitter.com/oAoGoNb0L7

"Colonial Pipeline has made substantial progress in safely restarting our pipeline system and can report that product delivery has commenced in a majority of the markets we service. By mid-day today, we project that each market we service will be receiving product from our system. The green segments on this map are operational, meaning product delivery has commenced. Blue lines will be operational later today," Colonial released Thursday night.

Biden would not comment on whether he was briefed ahead of time about Colonial's decision to pay foreign cyber hackers, who have been holding the pipeline hostage, $5 million.

Clearly the terrorists know if they received $5 million. The reporters apparently know. The company certainly know, but Biden will not say if he knows? Why?

...Cyber terrorists just sent our East Coast into chaos and the President has no comment on whether he knows about the ransom and whether his Administration discouraged this company from giving into terrorists...