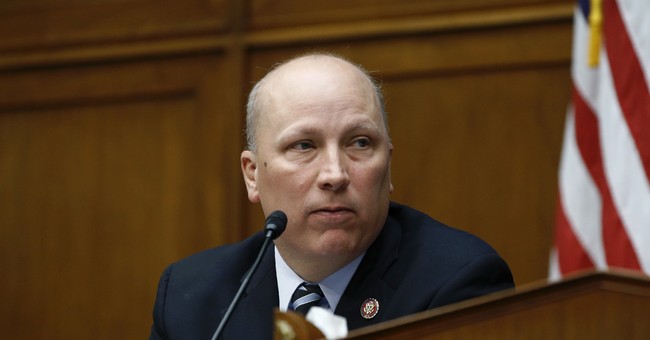 Republican Texas Congressman Chip Roy, who has been sounding the alarm about the consequences of the ongoing illegal immigration crisis for months, is warning Americans that vicious cartels aren't limiting their activity to border regions or states.

"Cartels aren't just happening at the border. They're happening in your communities," Roy said during an interview with Fox and Friends Tuesday morning. "We've got a 1300 mile border between Texas and Mexico. We've read all of the stories of 300 people being burned in buildings, buried in these big burial pits, bodies being hung from bridges. People getting beheaded. Lives being threatened. That's happening across the border but guess what, it's coming into America y'all."

"Right now the Biden administration doesn't care. You need to care because it's coming into your communities," he continued.

"It's one of those things [human trafficking] that once you've seen it, you can't unsee it. And what I can't understand is how this is not the front page and the first news story of everything. It's being completely ignored and what I can't understand is if you've seen what I've seen...this isn't a border policy issue. This is a cartel issue and we are under attack," Kendall County Texas District Attorney Nicole Bishop added.

"What the administration is doing is embarrassing. And worse than that, it’s endangering Texans"

Rep. Roy and Kendall County Criminal DA Nicole Bishop discuss their op-ed about how the #BidenBorderCrisis is empowering cartels to expand operations.