‘Back to Ground Zero’: Pinal County Had Smugglers Pushed Back. Biden’s Policies Changed That. 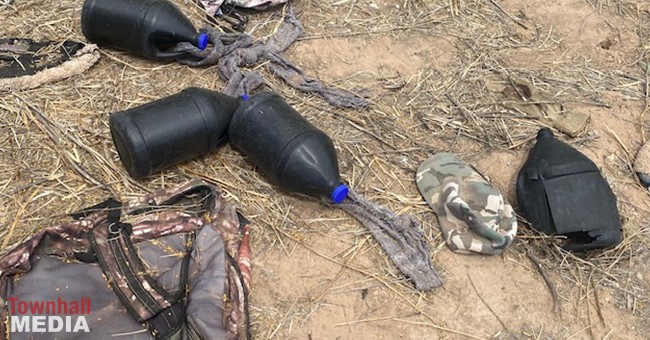 PINAL COUNTY, Ariz. - For years, the Pinal County Sheriffs Department, located 70 miles north of the U.S. southern border with Mexico, has been fighting drug and human smuggling. Under the policies of President Donald Trump, the anti-smuggling unit made significant progress against the enterprise.

Now, a repeal of previous and effective deterrence policies have erased much of that progress and lucrative human smuggling in Arizona is on the rise.

“It’s horrible. Not only have we lost ground but we’ve gone so far backwards that we’re going to have to fight twice as hard to retake it,” Pinal County Chief Deputy Matthew Thomas tells Townhall. “It’s almost like dealing with gangs. So whenever you have an area instead with gangs, you have a gang squad that focuses on those gangs, you suppress them, the community helps. That’s what was going on here. We had this problem suppressed. The minute you back out of that, they’ll flourish and they almost come back twice as strong so it makes it twice as hard to take back that ground.”

Right now, it’s cheaper for cartels to engage in the business of human smuggling at a lower labor cost. While they’re still smuggling drugs, lax asylum policies and open border rhetoric from Washington D.C. is enabling and driving human smuggling and trafficking profits.

“We’re back to ground zero,” Seargent Brian Messing tells Townhall. “They’ll switch back and forth between dope and humans based on price. The commodity is what they’re looking at. They don’t care if it’s a body or not, that’s their product. They’re getting $4000-$8000 per body so if they lose one or two in their journey to get them through in a faster period of time, they’re willing to let that life go. They don’t look at it like a human life they look at it like a commodity.”

“For the scout or the smuggler the lead guide, he doesn’t care. That’s just the price of doing business. It’s not a life he’s dealing with, it’s a product," Messing said while explaining how smugglers often leave people to die if they become injured or can't keep up with the group. "It’s a business for them and they’re going to go with what can make the most money for them to further their criminal enterprise."

And while the Pinal County Sheriffs Department does everything it can to combat these issues, which impact U.S. citizens in Arizona and around the country, they have limited resources and jurisdiction. Further, limited border enforcement on the Tohono O’odham Nation allows problems to quickly travel north to I-8 and Mexican cartels use the open territory to their advantage.

“Border Patrol right now is forward deployed, they’re forward deployed to the border, which is 70 miles from here. So they operate at a station in our county, but they are forward deployed to the border which leaves us to deal with the problem in our county. If they help us with those problems in our counties, it’s usually a very delayed response,” Thomas says. “And the other problem we have in dealing with it is we are not federal officers so we can’t  enforce those federal laws that Border Patrol can or that ICE can or that HSI can. So if we get a group of illegals, it’s very limited what we can do. They have to be breaking a state law basically for us to take them into custody or to hold them for any amount of time. Outside of that we have to call Border Patrol and say, ‘Please help us.’ And if they don’t have the resources then we have to let those people go and they’re even further into the country now.”

As for how to address the problem, making arrests or chasing down smugglers isn’t enough. Policies that prevent the illegal immigration flow from Central America through Mexico are essential.

“We know we can’t arrest ourselves out of this problem. It has to be through the policies. What we saw historically, with the last administration take names out of it, the policies that were in place were helping the problem. The policies in place now are making the problem worse. They just need to adjust their policies,” Thomas said. “It’s killing us.”