Tucker Warns: Do Not Ignore Why Yesterday Happened 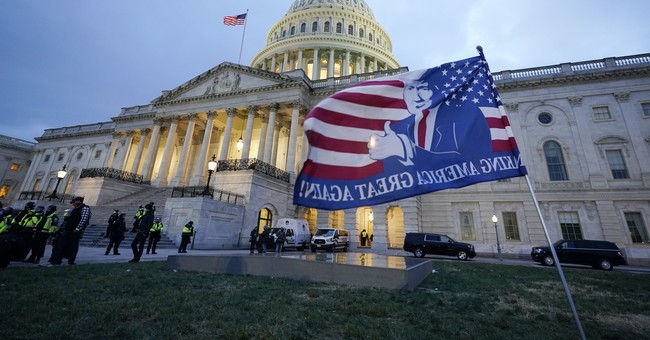 Fox News host and longtime journalist Tucker Carlson is roundly condemning violence at the U.S. Capitol Wednesday, but warns the reason behind what happened should not be ignored.

"Political violence begets political violence. That is always true. It is an iron law, it never changes and we have to be against that. No matter who commits the violence or under what pretext. No matter how many self interested demagogues tell us the violence is justified or necessary as they have been assuring us, lying to us, for the past six months. We have a duty to oppose all of it. Not simply because political violence kills other people's children, which it does, but because in the end it doesn't work," Carlson said. "Our only option as a practical matter is to fix what is causing this in the first place. We don't have a choice."

"As horrifying as this moment is, we have no option but to make it better. To gut it out," he continued. "Why were any of them there today? We ought to think about that. If you want to fix it, you have to think about that. The only reason this country is rich and successful is because for hundreds of years we've enjoyed a stable is because it's democracy. It responds to voters. Democracy is our pressure relief valve. As long as people sincerely believe they can change things by voting, they stay calm. They don't storm the Bastille, they don't burst into the House chamber. They talk and they organize and they vote. But the opposite is also true. If people begin to belief that their democracy is fraudulent. If they conclude that voting is a charade, that the system is rigged, that it's run in secret by a small group of powerful dishonest people that are acting in their own interests, then God knows what could happen. Actually, we do know what could happen. It's happening right now."