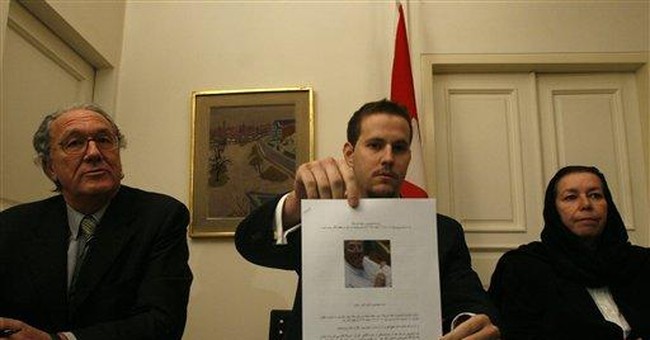 The White House announced Monday that Iranian officials responsible for the death of FBI agent Bob Levinson will be designated for sanctions.

"Today, the Department of the Treasury announced designations on two individuals from Iran’s Ministry of Intelligence and Security for their direct involvement in the abduction, detention, and probable death of Robert Levinson.  It is clear that not only were senior Iranian officials responsible for Mr. Levinson’s disappearance, but that they took deliberate actions to obscure their involvement through an extensive disinformation campaign," the White House released in a statement. "With this announcement, the United States Government is initiating the first public actions against the Iranian government to hold them accountable for the abduction of Robert Levinson—the longest ever held American hostage.  The United States will relentlessly pursue all others involved as the investigation continues."

"Since the beginning of this Administration, President Trump has made it clear that Iran will be held accountable for its use of detention and hostage taking as a tool of “diplomacy” and that the United States will no longer accept Iranian excuses for what we know they have done to Mr. Levinson," the statement continues. "No family should ever endure the pain the Levinson family has for nearly 14 years.  Iran is responsible and can end this nightmare by answering questions for which only they hold the answers.  Any future talks with Iran must include resolution to this case.  We stand by the Levinson family, and we will never cease in our efforts to bring justice for Bob and his family."

Earlier this year Levinson's family announced their belief he was no longer alive after being held hostage in Iran for more than a decade.

"Today, with aching hearts, we are sharing devastating news about Robert Levinson, the head of our family. We recently received information from U.S. officials that has led both them and us to conclude that our wonderful husband and father died while in Iranian custody.  We don’t know when or how he died, only that it was prior to the COVID-19 pandemic. It is impossible to describe our pain. Our family will spend the rest of our lives without the most amazing man we have ever known, a new reality that is inconceivable to us.  His grandchildren will never meet him. They will only know him through the stories we tell them," Levinson's family released in a March statement.