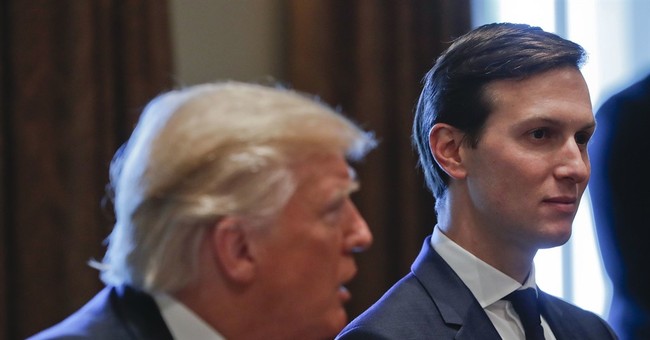 Speaking to reporters on a phone call Thursday, White House Senior Advisor Jared Kushner said it's only a matter of time before Saudi Arabia normalizes relations with Israel.

"They’re watching very, very closely what’s happening with all these different normalizations and peace treaties, and they’re seeing the tremendous economic impact that’s happening, the tremendous interchange of people.  And I think they’re watching that very, very closely," Kushner said. "Saudi did grant the overflight rights to Israel and to others, which obviously is a major step that had been in place since 1948, and so that was in place for a long time, and so that was a big thing that they did.  Again, it would have been unthinkable six months ago, which, again, connects the region.

"Then Bahrain, which is very close to Saudi Arabia, went forward and made peace with Israel as well, which, again, was a big step," he continued. "I do think that Israel and Saudi Arabia, Israel and Saudi Arabia coming together and having full normalizations, at this point, is an inevitability.  But the timeframe, obviously, will come, is something that has to be worked out.  But obviously, you need strong U.S. leadership in the region in order to achieve that, and it's something that we've worked hard to take it from where it was to where it is, but I think it's something that we will see.  It's just a function of how we pursue to get there."

Another HISTORIC breakthrough today! Our two GREAT friends Israel and the Kingdom of Morocco have agreed to full diplomatic relations – a massive breakthrough for peace in the Middle East!