A Chinese Spy Infiltrated a Number of Democrat Campaigns 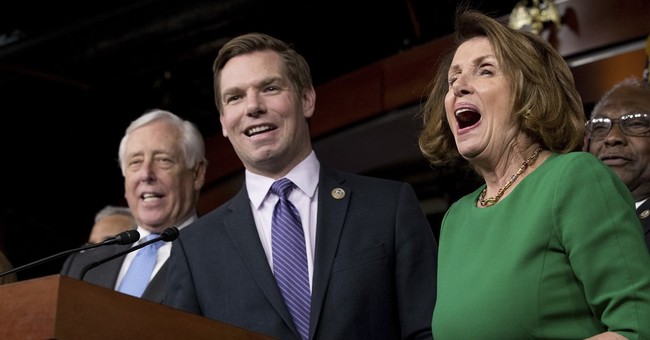 UPDATE: Not only did the spy fundraise for Democrat Congressman Eric Swalwell, she was also sleeping with him.

Shown here: Eric Swalwell posing for a picture with his Chinese communist spy girlfriend. He needs to step down from House Intel until we find out what kind of blackmail material the Chinese communists have on him. pic.twitter.com/DQY5JLk91P

A Chinese Communist Party intelligence operative successfully infiltrated a number of Democrat congressional campaigns in California and even served as a fundraising bundler for Congressman Eric Swalwell. Axios has the scoop:

A Chinese national named Fang Fang or Christine Fang, targeted up-and-coming local politicians in the Bay Area and across the country who had the potential to make it big on the national stage.

Through campaign fundraising, extensive networking, personal charisma, and romantic or sexual relationships with at least two Midwestern mayors, Fang was able to gain proximity to political power, according to current and former U.S. intelligence officials and one former elected official.

Among the most significant targets of Fang's efforts was Rep. Eric Swalwell (D-Calif.).

U.S. officials believe Fang's real reason for being in the U.S was to gather political intelligence and to influence rising U.S. officials on China-related issues.

Fang also made serious inroads with Democrats Ro Khanna and Tulsi Gabbard. Gabbard and Swalwell both ran for president in the last election cycle.

One of Eric Swalwell’s top financial backers is a Chinese spy who spent years trying to get pro-CCP Democrats elected to Congress.

How on earth can Swalwell sit on the Intel committee when he spent years in bed financially with Communist Chinese spies? https://t.co/N4tmr9CWmc

Chinese espionage and influence campaigns are a serious, increasing national security threat.  In 2018, it was revealed a longtime driver for Senator Dianne Feinstein was a spy. His work for her spanned two decades and while she was the Chairman of the Senate Intelligence Committee.

The Chinese spy was Feinstein’s driver who also served as a gofer in her Bay Area office and was a liaison to the Asian-American community.

He even attended Chinese consulate functions for the senator.

“Think about Diane Feinstein and what she had access to,” said Harp. “One, she had access to the Chinese community here in San Francisco; great amount of political influence. Two, correct me if I’m wrong, Dianne Feinstein still has very close ties to the intelligence committees there in Washington, D.C.”