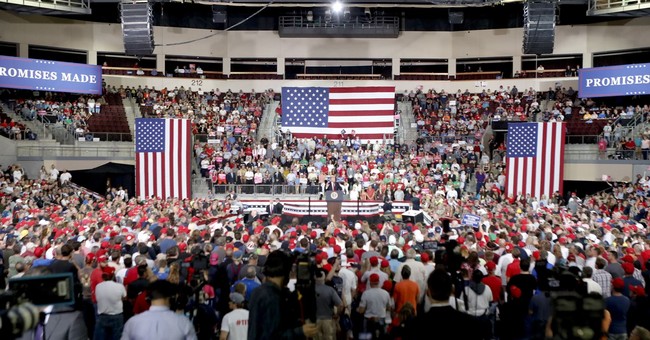 UPDATE: The Trump Campaign says the election is not over.

“This election is not over. The false projection of Joe Biden as the winner is based on results in four states that are far from final. Georgia is headed for a recount, where we are confident we will find ballots improperly harvested, and where President Trump will ultimately prevail. There were many irregularities in Pennsylvania, including having election officials prevent our volunteer legal observers from having meaningful access to vote counting locations. We prevailed in court on our challenge, but were deprived of valuable time and denied the transparency we are entitled to under state law. In Nevada, there appear to be thousands of individuals who improperly cast mail ballots," Trump 2020 campaign general counsel Matt Morgan released in a statement Friday morning. "Finally, the President is on course to win Arizona outright, despite the irresponsible and erroneous ‘calling’ of the state for Biden by Fox News and the Associated Press. Biden is relying on these states for his phony claim on the White House, but once the election is final, President Trump will be re-elected."

This is not a partisan statement — free and fair elections are the foundation of our democracy. ????

The Decision Desk has called the presidential race in Pennsylvania for former Vice President Joe Biden, putting him over the 270 electoral votes needed to win the White House.

Decision Desk HQ projects that @JoeBiden has won Pennsylvania and its 20 electoral college votes for a total of 273.

Joe Biden has been elected the 46th President of the United States of America.

Votes in Pennsylvania are still being counted. The Trump campaign is vowing to fight for legal votes and a transparent process as remaining ballots come out of deep blue and notoriously corrupt Philadelphia. They're also calling on biased election officials to resign.

Meanwhile, President Trump continues to gain votes in Arizona. Nevada is also outstanding and the Trump campaign has filed a lawsuit over alleged fraudulent voting by thousands of non-residents.

There are competing estimates on how many outstanding ballots are, but simply put, he must maintain or improve this level for 2 more days to stand a chance.

We’re right on track. This will be very, very close, but we remain confident @realDonaldTrump will end up on top in Arizona. https://t.co/eh1bwARcnX

Overnight in Georgia, President Trump lost his lead, but 8900 requested military ballots have been received or counted. Those ballots must be post marked by Election Day, November 3, to be valid.