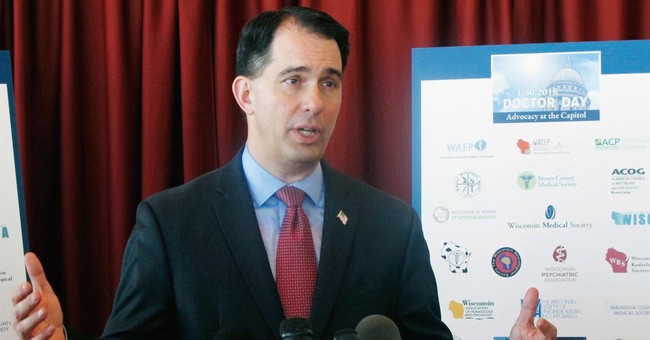 Only an aggrieved candidate, defined as a candidate for an office whose total votes were within 1% of the winner’s vote total when at least 4,000 votes were cast...may request a recount of results for an office. Wis. Stat. § 9.01(1)(a)1. https://t.co/YBf31AarS2

That being said, Walker also indicated Biden's current lead of 20,000 votes may be too much of a gap to bridge. Former Republican Congressman Sean Duffy is saying the same.

On Fox Business, former GOP Rep. Sean Duffy says "there's no way" Trump can overcome his current deficit in Wisconsin, and Biden is going to win the state.

President Trump was winning the state overnight until a number of votes from Milwaulkee County gave Biden the lead.