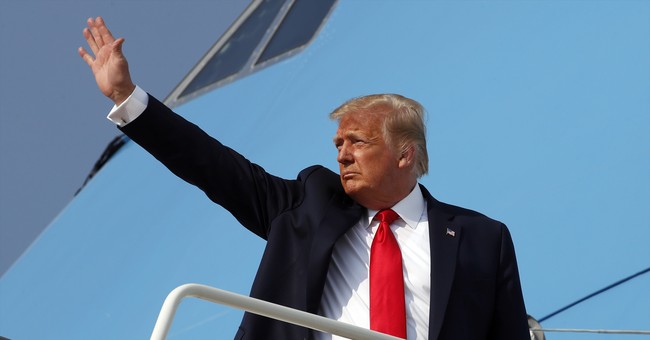 The Democrat National Convention, albeit virtual, is set to kick off next week. The speakers have been scheduled and the delegates are ready. Vice presidential nominee Kamala Harris will take the national stage on Wednesday night ahead of presidential nominee Joe Biden on Thursday evening. Both will make their remarks from Delaware without a crowd.

Today, each signed the official paperwork to accept their nominations.

But while the Democrat Party attempts to rally around a Biden/Harris ticket, President Trump is hitting the campaign trail in Arizona, Minnesota and Wisconsin next week. He will deliver a series of speeches on "Joe Biden’s failures on Jobs and the Economy” in Yuma, Mankato and Oshkosh.

Vice President Mike Pence has been hitting the ground in Pennsylvania, Michigan, Arizona and will travel to West Virginia over the weekend. Today the Trump campaign released a series of new ads.

THE BEST IS YET TO COME!pic.twitter.com/l8bK5TAB0B

Being Commander in Chief is more than just a job to President Trump.pic.twitter.com/rpGq7bhwIW

Meanwhile, the RNC has been working overtime to combat Democrat efforts to implement mass, unverifiable mail-in voting schemes in states across the country.

Democrats are trying to create chaos in our election system by removing safeguards that prevent fraud.

What happened in New York cannot happen nationwide, and it’s why we are fighting to https://t.co/tidEkbV9KS! pic.twitter.com/O5lhxdNRiU

Listen to the new podcast: War for the White House