This Week's Unemployment Numbers Are Disastrous and Devastating 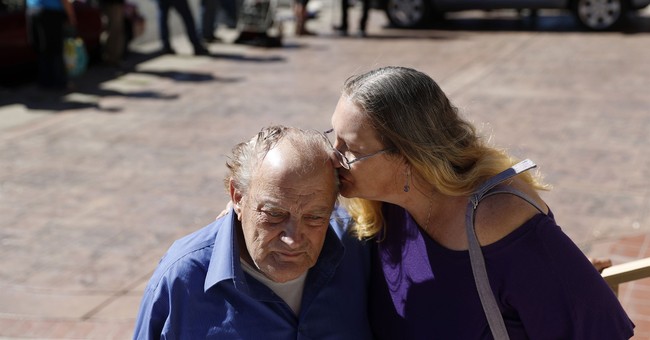 The numbers are in for the latest round of unemployment claims, which came in worse than expected. In the past two weeks, ten million Americans have lost their jobs.

To show just how insane this week's unemployment numbers are, I animated initial unemployment insurance claims from 1967 until now. These numbers are just astonishing. pic.twitter.com/2dJBla4j07

The numbers come as President Trump grapples with balancing advice from health experts to keep the economy essentially shut down until at least April 30, and the continued eocnomic fallout of widespread home isolation.

“This is inconvenient from an economic and a personal standpoint, but we just have to do it. (A national stay-at-home order) is our major weapon against this virus right now. We don’t have a vaccine that’s deployable. This is the only thing we have.” -Dr. Anthony Fauci pic.twitter.com/EdUv1ucqLn

Fed predicts as many as 47 million could lose their jobs in coming weeks (10 million have already). We cannot solve this by just printing $, if nearly 1 of 3 Americans is unemployed. If we do not act quickly to reopen our economy, this could be worse than the Great Depression.

I hate to say this: But there may come a moment where ugly choices will have to be made.
You can't keep the global economy on permanent shutdown.
This is not sustainable no matter how much the Fed prints.

As people try to get relief by filing unemployment in their states, the systems have become completely overwhelmed.

Especially since real number is far larger due to state UI systems being overwhelmed.

Every #SmallBusiness should reach out to your bank TODAY on the #PaycheckProtectionPlan which starts tomorrow.

So you can keep paying your workers. pic.twitter.com/cHGEATNWzL

It's been a week since President Trump signed the CARES Act, which enables the Treasury Department to send individuals $1200 and families up to $3200. Yesterday the IRS and Treasury posted detailed information about qualifications and how to apply for other benefits in the rescue bill.

“The financial strain American businesses are experiencing is not their fault,” Treasury Secretary Steve Mnuchin released in a statement. “These tax credits for small and mid-size businesses will cover the cost of providing paid sick and family leave wages, which will help protect the health of American families and businesses during this unprecedented time.”

That information can be accessed here.