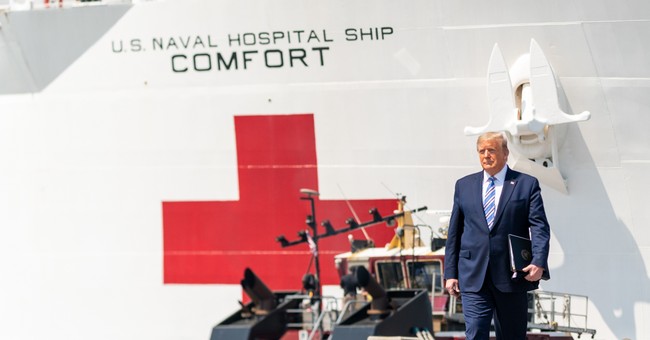 "It's absolutely critical for the American people to follow the guidelines for the next 30 days. It's a matter of life and death, frankly," he continued.

When asked if we can expect to see at least 100,000 deaths from the disease, Dr. Fauci said the "sobering" numbers could be the reality.

"As sobering a number as that is, we should be prepared for it. Is it going to be that much? I hope not and I think the more we push on the mitigation, the less likely it would be that number. But as being realistic, we need to prepare ourselves that that is a possibility we will see,” Fauci said.

The goal, of course, is to keep the numbers as low as possible. The number is based on modeling, which can change.

Dr. Fauci explains that modeling is not perfect and it changes with more data. pic.twitter.com/F03EgeM2np

15 days ago we published our nationwide guidelines to slow the spread of the Coronavirus.

President Trump has extended these guidelines through April 30. pic.twitter.com/ZC6deS7A04