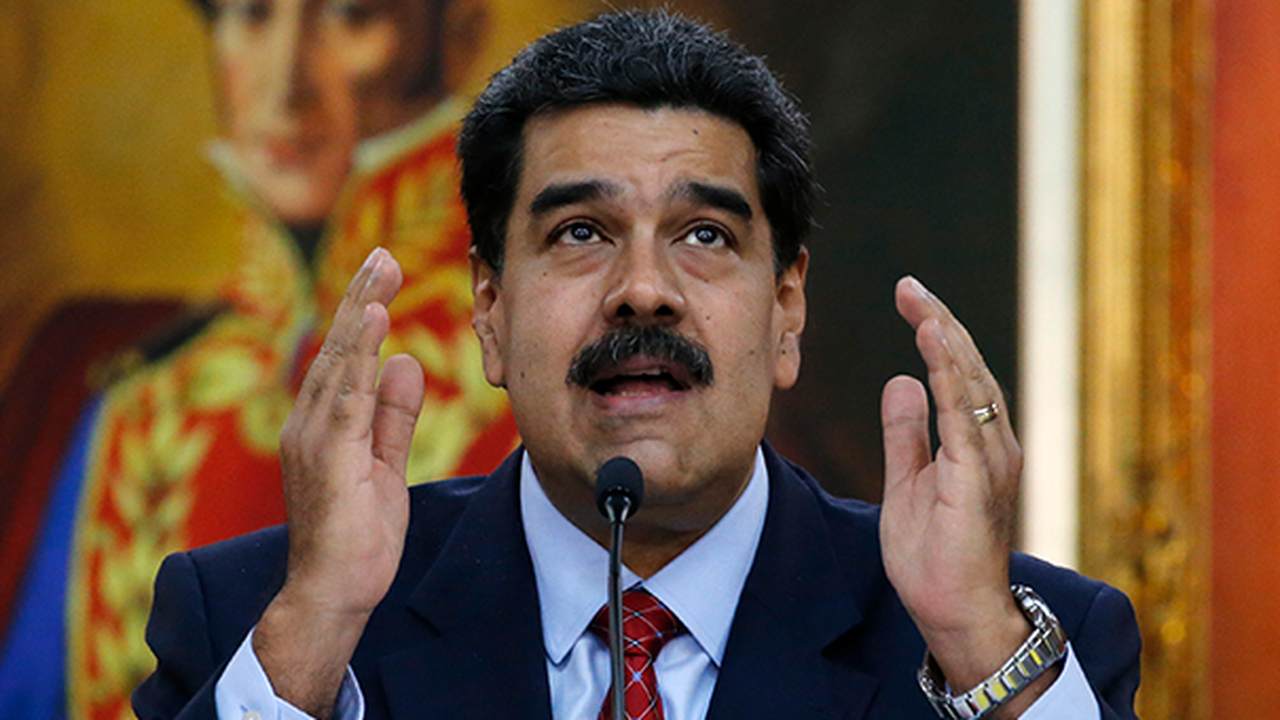 The Department of Justice announced Thursday morning it has indicted illegitimate Venezuelan dictator Nicolás Maduro, his former vice president and 13 others in his inner circle with a number of drug trafficking, corruption and narco-terrorism charges.

"The Venezuelan regime, once led by Nicolás Maduro Moros, remains plagued by criminality and corruption," Attorney General Barr released in a statement. "For more than 20 years, Maduro and a number of high-ranking colleagues allegedly conspired with the FARC, causing tons of cocaine to enter and devastate American communities. Today's announcement is focused on rooting out the extensive corruption within the Venezuelan government – a system constructed and controlled to enrich those at the highest levels of the government. The United States will not allow these corrupt Venezuelan officials to use the U.S. banking system to move their illicit proceeds from South America nor further their criminal schemes."

"These indictments expose the devastating systemic corruption at the highest levels of Nicolás Maduro's regime," Acting DEA Administrator Uttam Dhillon said. "These officials repeatedly and knowingly betrayed the people of Venezuela, conspiring, for personal gain, with drug traffickers and designated foreign terrorist organizations like the FARC. Today's actions send a clear message to corrupt officials everywhere that no one is above the law or beyond the reach of U.S. law enforcement.  The Department of Justice and the Drug Enforcement Administration will continue to protect the American people from ruthless drug traffickers – no matter who they are or where they live."

"The Venezuelan people deserve a transparent, responsible, representative government that serves the needs of the people – and that does not betray the trust of the people by condoning or employing public officials that engage in illicit narcotics trafficking. The United States is committed to helping the Venezuelan people restore their democracy through free and fair presidential elections that will provide them with honest and competent national leadership," the State Department released in a statement.

"The Department is offering a reward of up to $15 million for information related to Nicolás Maduro Moros. The Department is also offering rewards of up to $10 million each for information related to: Diosdado Cabello Rondón, President of the illegitimate National Constituent Assembly; General (retired) Hugo Carvajal Barrios, former Director of Venezuela's military intelligence (DGCOM); Clíver Alcalá Cordones, Major General (retired) in Venezuela's Army; and Tareck Zaidan El Aissami Maddah, Minister for Industry and National Production. While holding key positions in the Maduro regime, these individuals violated the public trust by facilitating shipments of narcotics from Venezuela, including control over planes that leave from a Venezuelan air base, as well as control of drug routes through the ports in Venezuela," the statement continued.

Juan Guaido, who visited President Donald Trump and Secretary of State Mike Pompeo in Washington, D.C., earlier this year, is the officially recognized and duly-elected president of Venezuela.