Horowitz: Yes, the FBI Had Bias in Its FISA Investigation 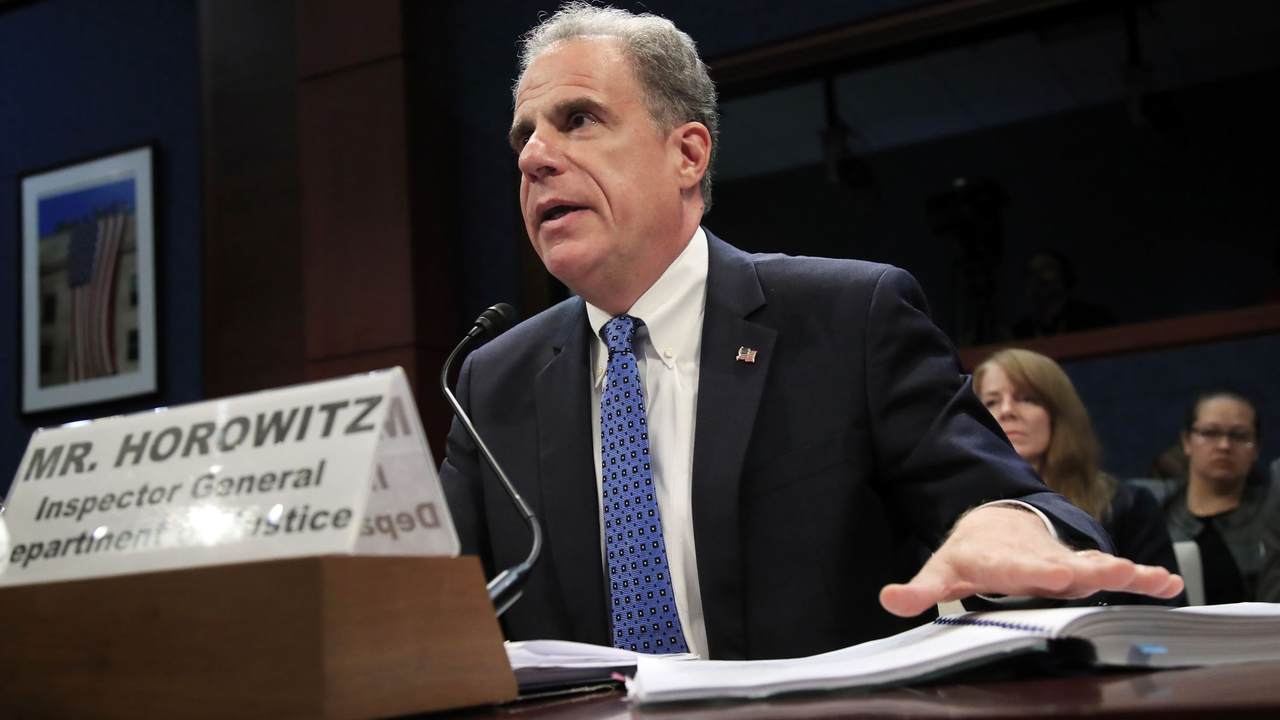 While the media was focused on impeachment debate Wednesday, Department of Justice Inspector General Michael Horowitz was back on Capitol Hill testifying about rampant FISA abuse. The hearing took place in front of the Senate Committee on Homeland Security and Governmental Affairs.

Since the results of his lengthy investigation were released last week, Democrats and their media allies have repeatedly argued political bias played no role in the FBI's efforts to spy on Trump campaign officials. This narrative isn't true.

During testimony under questioning from Republican Senator Rand Paul, Horowitz said bias did play a role in the actions taken by an FBI agent who issued fraudulent information to the FISA court.

"You did find evidence of biased individuals who were involved with the investigation," Senator Paul asked.

Senator Paul then pointed out text messages sent by the agent include "Viva la resistance."

As a result of Horowitz's investigation, the FISA court issued a rare, blistering statement condemning the FBI's actions and called into question its efforts to obtain warrants on other cases.

FISA Court order just released in response to accuracy concerns regarding FBI matters submitted to FISC.
"Order responds to reports that personnel of the FBI
provided false info to the NSD of the DOJ, and withheld material info from NSD which was detrimental to the FBI's case" pic.twitter.com/meO5RNlnR3

“As chairman of the Judiciary Committee, I’ll be working with my Republican and Democratic colleagues to reform FISA in a fashion to better protect civil liberties while maintaining our ability to monitor foreign surveillance directed against our economic and national security interests. FISA reform will be a top priority for the Judiciary Committee in 2020," Graham said.