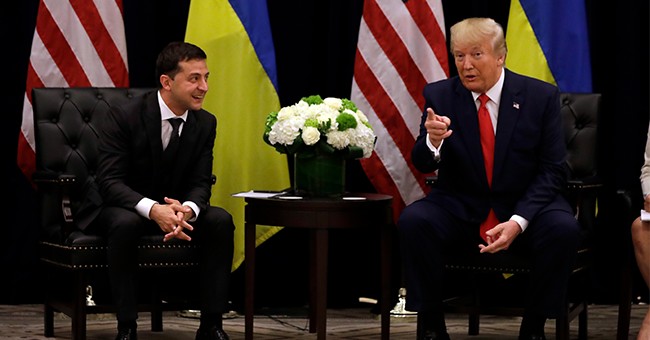 Ahead of the second public impeachment inquiry hearing Friday on Capitol Hill, the White House released a transcript from another phone call between President Donald Trump and Ukrainian President Volodymyr Zelensky.

The call, which is brief, took place in April 2019, just after Zelensky won his election. This was months before a second call with Zelensky on July 25, which has prompted House Speaker Nancy Pelosi and House Intelligence Committee Chairman Adam Schiff to launch an impeachment inquiry.

During the conversation, both leaders congratulated each other on their respective election victories. Zelensky invited Trump to his inauguration, to which Trump said he would consider. Trump then said a U.S. representative would be sent if he could not personally attend.

The call contains no language about the Bidens or corruption.

"We, that's very nice. I'll look into that, and well -- give us the date and, at a very minimum, we'll have a great representative. Or more than one from the United States will be with you on that great day. So, we will have somebody, at a minimum, at a very, very high level, and they will be with you. Really, an incredible day for an incredible achievement," Trump replied.

You can read the call below: