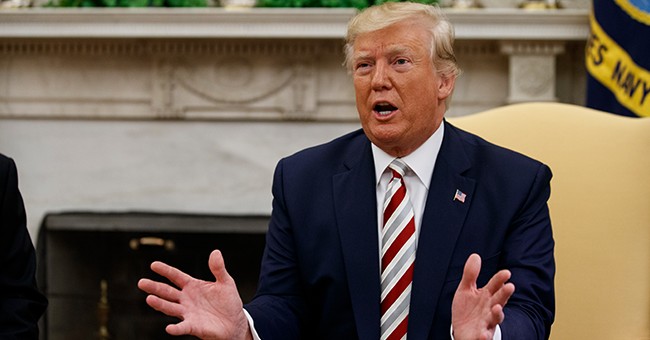 Speaking to the International Association of Chiefs of Police annual conference in Chicago Monday, President Trump discussed the issue of crimes committed with firearms and explained the best way to deal with the ongoing issue.

"The best way to reduce gun violence is to put criminals with firearms behind bars," Trump said to applause from the audience. "And just so you understand, we will always protect our Second Amendment."

During the event, Trump announced the establishment of the Commission on Law Enforcement and the Administration of Justice through an executive order.

This Administration stands up for law enforcement.

We condemn anti-police bias in all forms.

We're giving our LEOs the support, resources, and respect they deserve. pic.twitter.com/gaDRuqfrGq

President Trump is establishing a new executive Commission on Law Enforcement and the Administration of Justice – the first commission on law enforcement in half a century.

The Commission will look at best practices for recruiting, training, and supporting law enforcement officers.

A report and recommendations will be delivered to the President within a year.

The President has made hundreds of millions of dollars’ worth of surplus military equipment available to local law enforcement.