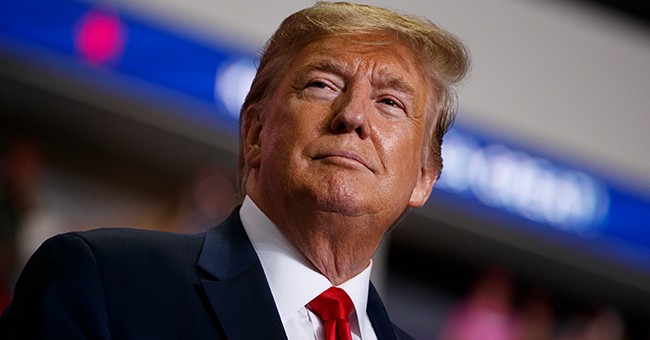 I am pleased to announce that I will name Robert C. O’Brien, currently serving as the very successful Special Presidential Envoy for Hostage Affairs at the State Department, as our new National Security Advisor. I have worked long & hard with Robert. He will do a great job!

O'Brien has served in the George W. Bush, Obama and Trump administrations. He also worked at the United Nations with Bolton. Here is some of his bio, courtesy of the State Department:

Ambassador Robert C. O’Brien serves as the Special Presidential Envoy for Hostage Affairs at the U.S. Department of State. Working for Secretary Pompeo, O’Brien leads the U.S. Government’s diplomatic efforts on overseas hostage-related matters. He works closely with the families of American hostages and advises the senior leadership of the U.S. Government on hostage issues. O’Brien also coordinates with the interagency Hostage Recovery Fusion Cell on the development and implementation of U.S. hostage recovery policy and strategy.

O’Brien previously served as Co-Chairman of the U.S. Department of State Public-Private Partnership for Justice Reform in Afghanistan under both Secretaries Rice and Clinton. The PPJRA promoted the rule of law by training Afghan judges, prosecutors and defense lawyers and provided scholarships for young Afghan lawyers to study in the U.S. From 2008 through 2011, O’Brien was a presidentially-appointed member of the U.S. Cultural Property Advisory Committee, which advises the federal government on issues relating to the trafficking of antiquities and other cultural items. In 2005, Mr. O’Brien was nominated by President George W. Bush and confirmed by the U.S. Senate to serve as a U.S. Representative to the 60th session of the United Nations General Assembly where he worked with Ambassador John Bolton. Earlier in his career, O’Brien served as a Senior Legal Officer for the UN Security Council commission that decided claims against Iraq arising out of the first Gulf War. O’Brien was a Major in the U.S. Army Reserve.

O'Brien's appointment comes one week after Bolton submitted his resignation to the President. He served in the position for 18-months.

"Dear Mr, President: I hereby resign, effective immediately, as Assistant to the President for National Security Affairs. Thank you for having afforded me this opportunity to serve our country," Bolton wrote in his resignation letter.

Secretary of State Mike Pompeo was also under serious consideration for the job, which he would have added onto his current duties as the United States' top diplomat.

Developing: a former senior Trump admin official tells me Pres Trump may replace #NationalSecurityAdvisor John Bolton with ... SecState Mike #Pompeo. Pompeo would serve in both roles for the remainder of Trump’s term.
Bonus History nugget: Ford & Nixon did this w/Kissinger