An Illegal Alien From Mexico Caught With Enough Fentanyl to Kill 500,000 People Has Been Sentenced 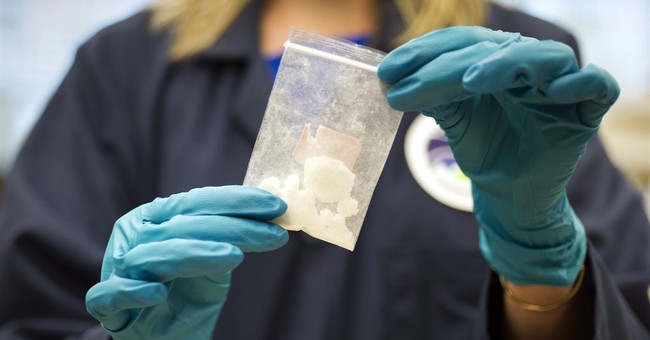 After being arrested in 2018, an illegal alien from Mexico and living in Georgia has been sentenced to six years in federal prison for possession of enough fentanyl to kill 500,000 people.

"Pablo Vega-Ontanon, 53, an illegal alien from Mexico who was living in Georgia, was sentenced today by U.S. District Judge Sul Ozerden to 74 months in federal prison, followed by five years of supervised release, for possession with intent to distribute heroin, announced U.S. Attorney Mike Hurst and Special Agent in Charge Jere T. Miles with Immigration and Customs Enforcement’s Homeland Security Investigations in New Orleans," the Department of Justice released. "On November 6, 2018, Vega-Ontanon and two co-defendants arrived in Gulfport to sell heroin to a confidential informant. They claimed to have ten kilograms of heroin hidden in a compartment of their vehicle. All three were arrested shortly thereafter. The substance was eventually tested and found to contain nine kilograms of heroin and one kilogram of fentanyl. One kilogram of fentanyl can produce half a million fatal doses."

Vega-Ontanon worked with two other men who were co-defendants in the case.

"Co-defendant Eder Ortega-Cassarubias pled guilty and was sentenced on June 26, 2019, by Judge Ozerden, to 127 months in prison followed by five years of supervised release," DOJ states. "Co-defendant Estudillo-Carrazco pled guilty on August 28, 2019, and will be sentenced by Judge Ozerden on November 27, 2019. He faces a maximum penalty of life in prison and a $10,000,000 fine."

According to a new report in the LA Times, fentanyl has remade the Mexican drug trade and is quickly becoming a favorite for cartels to traffic into the United States.

"Fentanyl started appearing on U.S. streets in significant quantities in 2013, most of it produced in China and shipped in the mail. Today, officials say the majority is smuggled from Mexico, where it is remaking the drug trade as traffickers embrace it over heroin, which is more difficult and expensive to produce," the LA Times reports. "While heroin is made from poppy plants that grow only in specific climates and take months to cultivate, fentanyl and other so-called synthetics are cooked from chemicals in makeshift laboratories in a matter of hours."

Meanwhile, the Trump administration has dedicated a special task force to tackle the opioid epidemic.