Trey Gowdy is Responding to James Comey's Demands For an Apology 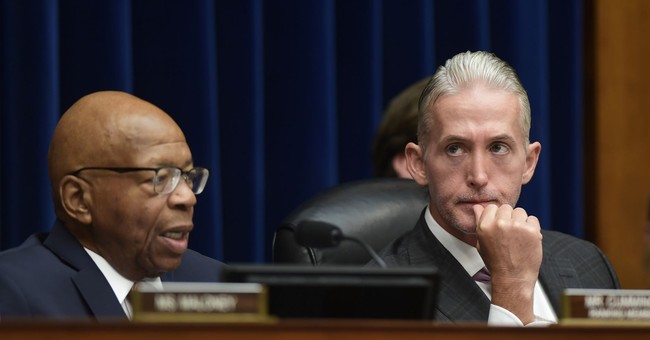 "In a country built on the rule of law, it is of utmost importance that all FBI employees adhere to Department and FBI policies, particularly when confronted by what appear to be extraordinary circumstances or compelling personal convictions. Comey had several other lawful options available to him to advocate for the appointment of a Special Counsel, which he told us was his goal in making the disclosure. What was not permitted was the unauthorized disclosure of sensitive investigative information, obtained during the course of FBI employment, in order to achieve a personally desired outcome," the IG report states.

Despite these facts, Comey demanded an apology from those who accused him of being a leaker.

"I never said Comey would or should go to jail. I'm certainly not going to apologize to anyone who violated FBI and Department of Justice policy, who violated an employment agreement, who shared sensitive information about an ongoing investigation, who sent classified information to an unauthorized person and then had amnesia when the FBI came to his home to try to retrieve government property. I'm not going to apologize," Gowdy said during an interview on Fox News. "What temperature is it in hell right now? Is it snowing? When it snows in hell, you let me know. Why would I apologize to somebody who has been dinged on both of the major investigations by a guy like Michael Horowitz who is hardly a Republican? He was picked by Obama and confirmed by the Senate, I think without a dissenting vote."

Despite being referred for criminal prosecution by the IG, the Department of Justice will not pursue an indictment against Comey.