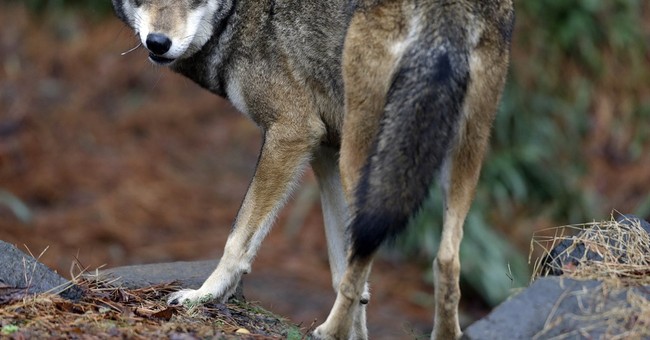 “The best way to uphold the Endangered Species Act is to do everything we can to ensure it remains effective in achieving its ultimate goal—recovery of our rarest species. The Act’s effectiveness rests on clear, consistent and efficient implementation,” Interior Secretary David Bernhardt released in a statement. “An effectively administered Act ensures more resources can go where they will do the most good: on-the-ground conservation.”

"The revisions to the regulations clarify that the standards for delisting and reclassification of a species consider the same five statutory factors as the listing of a species in the first place. This requirement ensures that all species proposed for delisting or reclassification receive the same careful analysis to determine whether or not they meet the statutory definitions of a threatened or endangered species as is done for determining whether to add a species to the list," an Interior Department press release adds.

This of course prompted the left to go into a fact-free meltdown about the environment and accusations are flying about special interest groups driving the decision.

Trump is bulldozing the most important tool we have to protect endangered species. These rollbacks of the ESA are for one purpose only: more handouts to special interests that don’t want to play by the rules and only want to line their pockets. https://t.co/2ocrws7nsJ

The Trump administration isn't "weakening" the Endangered Species Act. In fact, the changes being made are geared toward bolstering real conservation and accountability.

Here are the facts, courtesy of PERC:

“These essential tweaks to the Endangered Species Act promise to make the law more effective and results-driven in the 21st century. It represents a win for all of us devoted to recovering species and a win for states and landowners who now have an opportunity to be more innovative and creative in their role as habitat protectors,” said PERC executive director Brian Yablonski.

In tracking the history of the Endangered Species Act, only 1 percent of the species listed have gone extinct, while less than 2 percent of listed species have recovered and been delisted. Imperiled wildlife needs both extinction protection and species recovery. Since most of these species rely on private lands for the vast majority of their habitat, cooperation with landowners is crucial for recovery. Yet the presence of listed species or their habitat often brings increased regulation, making landowners less likely to welcome at-risk species on their property.

For decades, the Endangered Species Act has essentially treated all listed species the same, whether classified as endangered or threatened. These reforms would restore the act’s original two-tiered approach, which maintains the strongest protections for endangered species while increasing flexibility and providing a degree of regulatory relief when it comes to threatened species. This updated approach will better align the incentives of property owners with the interests of at-risk species.

Lifting automatic and often unnecessarily burdensome regulations for threatened species will encourage states and landowners to recover them before they reach endangered status. It will also provide additional motivation to help recover endangered species and improve them to threatened status. These reforms affirm the statute’s effectiveness at preventing extinctions while improving the incentives to recover wildlife.

Members of the Senate and Congressional Caucus are praising the move.

"This is a win for Montana and the West, and will help restore commonsense, science based decision making when it comes to the Endangered Species Act. These new rules will lead to more transparency, increased recovery of species greater conservation, and will help take the decision making powers out of the hands of radical activists in the courtroom. I applaud the administration for taking this action," Senate Western Caucus Chairman Steve Daines of Montana released in a statement.

"The Trump administration is taking important steps to make the Endangered Species Act work better for people and wildlife. These final rules are a good start, but the administration is limited by an existing law that needs to be updated. I am working in the Senate to strengthen the law, so it can meet its full conservation potential," Senate Committee on Environment and Public Works Chairman John Barrasso of Wyoming added. "Congress needs to work across party lines to find common ground. I will continue to partner with states, stakeholders, and other senators from across the political spectrum on this important issue. We must modernize the Endangered Species Act in a way that empowers states, promotes the recovery of species, and allows local economies to thrive."