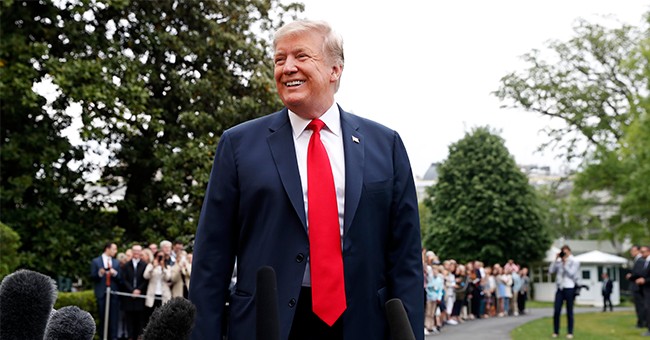 Current Democrat presidential candidate and former Vice President Joe Biden is expected to give a speech in Iowa later today where he will reportedly "eviscerate" President Trump.

"CNN’s New Day previewed an advance copy of a stump speech that Joe Biden plans to give during a campaign visit today in Iowa later on Tuesday, and according to the on-screen chyron, the former Vice President will 'eviscerate' President Donald Trump," Mediate reported Tuesday morning.

President Trump, who will also give a speech in Iowa this afternoon to Southwest Iowa Renewable Energy, spoke to reporters outside of the White House Tuesday afternoon. He was asked about Biden's planned speech and responded in typical fashion.

When asked about who he'd like to run again, Trump took Biden on.

“I’d rather run against, I think, Biden than anybody. I think he’s the weakest mentally and I think Joe is weak mentally. The others have much more energy," he continued. “I call him one percent Joe because until Obama came along he didn’t do very well.”

On my way to Iowa - just heard nearly 1,000 agriculture groups signed a letter urging Congress to approve the USMCA. Our Patriot Farmers & rural America have spoken! Now Congress must do its job & support these great men and women by passing the bipartisan USMCA Trade Agreement!

Today will be Biden's first public appearance since he changed his position, again, on the Hyde Amendment.