Heh: Even Chris Matthews is Calling Out the Left’s Trump Tax Return Lunacy 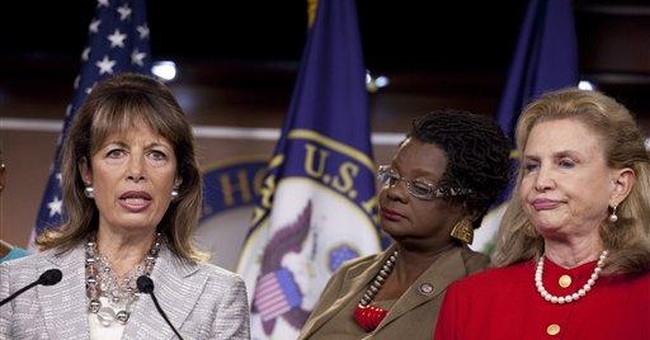 Leftist Democrat politicians on Capitol Hill continue to lose their minds after the Treasury Department denied requests and ignored a subpoena for President Trump's tax returns.

"As you have recognized, the Committee's request is unprecedented, and it presents serious constitutional questions, the resolution of which may have lasting consequences for all taxpayers. Accordingly, the Department of the Treasury has consulted with the Department of Justice concerning the lawfulness of your request. As explained in my April 23 letter, the Committee's statutory authority under section 6103(f) is bounded by Congress's authority under the Constitution, and the Supreme Court has held that the Constitution requesrs that Congressional information demands must reasonably serve legislative purpose," Treasury Secretary Steve Mnuchin wrote in a letter to the House Ways and Means Committee last week.

"Although the Department is unable to provide you with the requested confidential tax returns and return information, we renew our previous offer to provide information concernting the COmmittee's state interest in how the IRS conducts mandatory examinations of Presidents," he continued.

During a segment on MSNBC Monday night, Democrat Congresswoman Jackie Spier declared President Trump will go to prison for refusing to turn them over. Her comments prompted an interesting response from host Chris Matthews, who accused of her engaging in tactics used in Venezuela.

MSNBC’s Chris Matthews roasts Rep. Jackie Speier (D-CA) on air for claiming Trump is going to be jailed for not releasing his tax returns:

“This is so Venezuela, Congresswoman.” pic.twitter.com/VFGjzFieN7

If Chris Matthews is over it, it's a safe bet the majority of Americans are too.