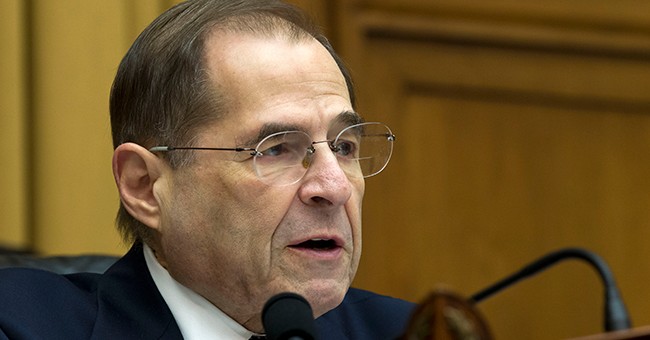 UPDATE: Democrats have voted to issue the subpoenas. Republicans voted no.

"The Mueller report probably isn’t the 'total exoneration' the President claims it to be," Nadler said at the opening of a Committee hearing. "The Attorney General proposes to redact four categories of information from the Mueller report: grand jury information, classified information, information related to ongoing prosecutions, and “information that may unduly infringe on the personal privacy and reputational interests of peripheral third parties.” The Department is wrong to try to withhold that information from this Committee. Congress is entitled to all of the evidence. "

Back in the 1990s, Nadler had a different view on releasing this kind of confidential material. Now that Republican President Trump is in office, with Democrats desperately attempting to take back power, he's changed his mind.

“As a matter of decency and protecting people’s privacy rights, people who may be totally innocent third parties, what must not be released at all,” Nadler said during an interview in 1998 about the Bill Clinton Independent Counsel investigation. “It’s grand jury material. It represents statements which may or may not be true by various witnesses, salacious material. All kinds of material that it would be unfair to release."

Nadler, along with other Democrats on the Committee, also threatened to issue subpoenas for former White House Communications Director Hope Hicks, former White House advisor Steve Bannon, former White House Counsel Don McGahn and former Chief of Staff Reince Priebus. Hicks and Bannon both worked on the Trump campaign. Priebus served as the chairman of the RNC during the 2016 presidential election.

In the meantime, Special Counsel investigators are working directly with Attorney General Barr and others at the Department of Justice to redact sensitive information in the Mueller report. Once the redactions are complete, the report will be released to the public.

"As we have discussed, I share you desire to ensure that Congress and the public have the opportunity to read the Special Counsel's report. We are preparing the report for release, making the redactions that are required. The Special Counsel is assisting us with this process," Barr wrote in a letter to Nadler and Senate Judiciary Committee Chairman Lindsey Graham last week. "Our progress is such that I anticipate we will be in a position to released the report by mid-April, if not sooner. Although the President would have the right to assert executive privilege over certain parts of the report, he has stated publicly that he intends to defer to me and, accordingly, there are no plans to submit the report to the White House for a privilege review."

Editor's note: A previous version of this post stated subpoenas had been issued. The issuing of subpoenas is currently being debated and will be voted on shortly.