CNN: Okay Fine, There's a Crisis at the Border 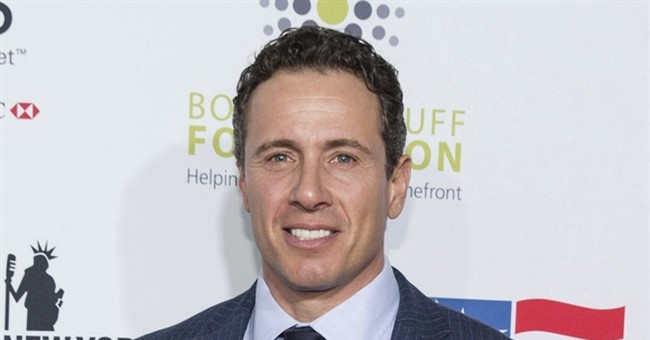 Department of Homeland Security Secretary Kirstjen Nielsen is in El Paso today as the crisis on the border continues to rage. On Thursday, she will travel to Yuma, Arizona, where a border barrier has been used to successfully stop illegal immigration, human trafficking and drug flow.

During an interview Tuesday night with Fox News, Nielsen described the DHS response to the chaos as "category 5 hurricane." In other words, as many resources as possible are being diverted to address the issue.

I’ve called on Congress to give @DHSgov the authority & resources needed to stem the flood of illegal migration fueling the emergency at our border. Families & unaccompanied children should not be collateral damage to our political dysfunction. https://t.co/CdiXPING2d

According to DHS, one million illegal immigrants are expected to cross the southern border with Mexico this year. Detention facilities are already overwhelmed.

"El Paso’s U.S. Customs and Border Patrol Sector (CBP) and facility is currently over capacity by 280% with more than 3,400 in custody," DHS reports.

After months of denying there's a crisis, some Democrats are admitting the humanitarian situation has become dire. Former DHS Secretary Jeh Johnson, who served under President Obama, made the rounds this week and stressed the numbers being reported are beyond crisis levels.

Even the administration's biggest detractors in the media are admitting the situation has become catastrophic.

.@ChrisCuomo: This migrant situation is called a "crisis," but that word is overused. It doesn't do the situation justice.

It's not easy to see what's happening, but the only thing harder is to realize what isn't happening: Shameful inaction. pic.twitter.com/WjFg71qJDw

President Trump will visit Calexico, California on Friday. Secretary Nielsen will join him.